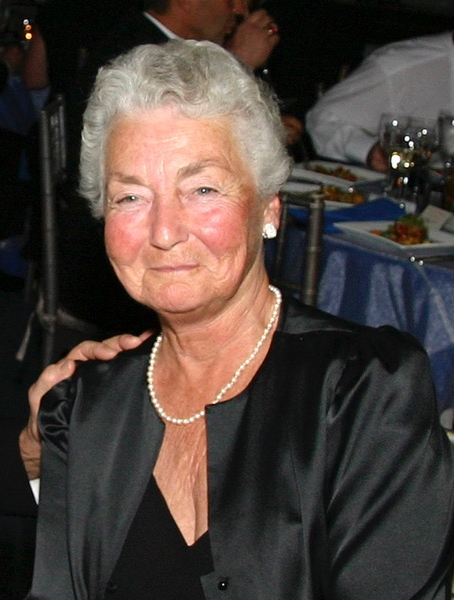 Clare Mellon Kane, aged 90, died on October 31, 2021 at her home in Greenwich, Connecticut surrounded by her family.

Clare grew up in Springfield Gardens, NY along with her older brother Robert. Outgoing and vivacious, she attended Andrew Jackson High School, where she was the captain of the cheerleading team, and attended Barbizon Modeling School at the same time.  She graduated from Berkley Secretarial School (now Berkley College) and went to work for American Airlines in New York City.  As the executive assistant to the ticketing director, she took full advantage of free flights to indulge her love of travel, often returning to her favorite destinations – Acapulco and Tucson.  In 1952, when a high school friend set her up on a blind date with his college buddy, she met the love of her life.

Clare Mellon and David Kane were kindred spirits who shared a great sense of adventure, love of the outdoors and commitment to family. It was truly a match made in heaven. They married in 1955, and moved to St. Louis, Missouri, where David was stationed with the Coast Guard. During their two years in St. Louis, Clare fully embraced her new role as a Coast Guard wife. After the birth of their first child, they returned to the east coast and built a house in Greenwich, Connecticut, where David began teaching in the Greenwich School system. The family grew to include four children and David became the assistant superintendent of the school system. In 1966, they launched a real estate business, gradually building a portfolio of residential properties, and Clare took on the role of business manager.

Her lifelong passions included tennis and biking, which she continued into her eighties, and travel, especially to Martha’s Vineyard and St. John. It was on these two islands that Clare and David purchased land and built - by themselves and by hand- a beach house in each location. Clare was not just handy but creative as well and had a special gift for homemaking.  Her talents ranged from gardening and flower arranging to decorating, cooking and entertaining.  She was also an exceptional baker, and her daily homemade desserts were legendary.

Clare was known for her infectious sense of humor and down-to-earth outlook on life. She had a deep and abiding faith in God and lived that faith by example. Whether she was volunteering in a soup kitchen, school library or animal shelter, her generous spirit and sunny disposition made everyone feel loved and appreciated.

Clare is survived by her devoted husband of 66 years, and their children: Michael and his partner Ruth; Elizabeth and her husband Phillip Arturi; Maura and her husband Erik Sayre and Timothy and his wife Annette.  In addition, she is survived by her eleven grandchildren: Caitlin (Nate), Emily (Joe), Joseph (Molly), Andrew, Tucker, Jake, Nolan (Whitney), David, Bo, Kyle and Wyatt, three great grandsons: Ben, Finn and Charlie; sister-in-law Nancy Bischoff, and eleven nieces and nephews and their families.

Clare’s greatest gift to her family is an amazing legacy of love that will live in their hearts forever.

There will be a celebration of Clare’s life at 2:00, November 26th at St. Michael Church in Greenwich, CT

In lieu of flowers, donations may be made to:

A Memorial Tree was planted for Clare
We are deeply sorry for your loss ~ the staff at Thomas M. Gallagher Funeral Home
Join in honoring their life - plant a memorial tree

Share Your Memory of
Clare
Upload Your Memory View All Memories
Be the first to upload a memory!
Share A Memory
Plant a Tree