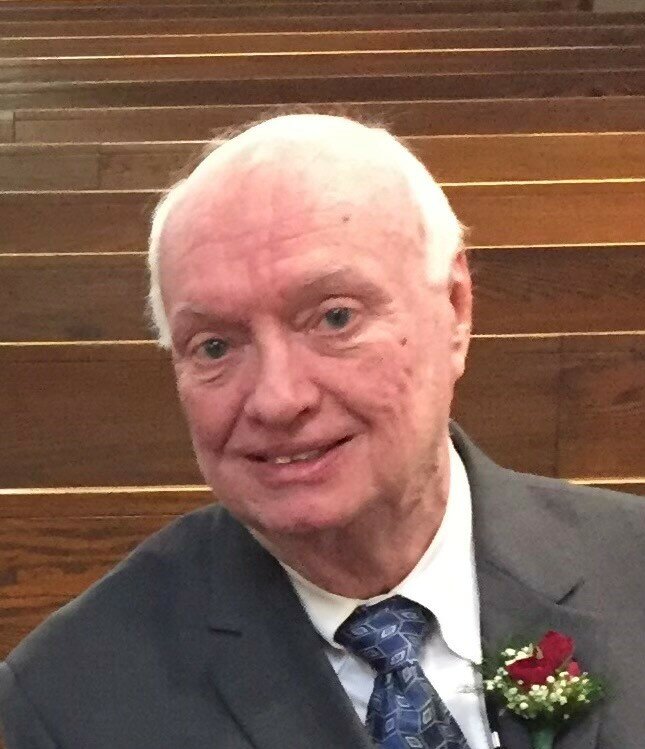 Please share a memory of Raymond to include in a keepsake book for family and friends.
View Tribute Book

Raymond Brian Smyth passed away on September 22nd of 2021 at the age of 75 with his beloved wife of 48 years (Carol M. Smyth) at his bedside after battling a terminal illness of the lungs.

He is survived by his two children, Paul Smyth (Szilvia Toth-Smyth) and Steven Smyth (Karen Smyth) as well as his three grandchildren that he was extremely proud of: Michael and Caroline and Hunter.

Ray was a well-known lifelong resident of Stamford where he grew up on the South End side of the City with his three now deceased brothers (Joseph and Jack and Michael) along with his two late parents (Patrick and Helen) who had immigrated from Ireland.

He is a retired partner from the local accounting firm Masotti & Masotti where he spent nearly 40 years and had also served on the Board of Directors with Patriot National Bank since 2008. Ray is the former President and Treasurer of the Stamford Kiwanis Club as well as holding the same volunteer position with both the Stamford American Little League and Stamford Youth Basketball. Ray was also a member of the Knights of Columbus for over 25 years. More recently he was a Board Member at Trinity Catholic High School where he had attended as a student. Ray then went on to graduate from Fairfield University in 1968 where he earned a Bachelor of Science Degree in Accounting.

Ray was a devout Catholic who had a passion for many sports. His teams to watch included the Yankees and NY Giants and Notre Dame. While growing up in Stamford he was a frequent visitor of the old YMCA where his team once held the National Relay Record. He greatly enjoyed coaching his children in soccer and basketball and baseball.

After surviving a freak accident in the Spring of 1991, Ray was told that he would never move again from the neck down. He attributes his ability to soon overcome being a quadriplegic due to his faith in the Lord as well as his strong Irish upbringing as it relates to never giving up. Hence, he also survived much longer than expected per his doctors with his more recent Idiopathic Pulmonary Fibrosis disease. We as his family and friends are thankful as well as blessed for the so-called extra time that we were given. Ray was a great man and will be eternally missed.

Calling hours will be held on Monday, September 27, 2021 from 5 pm-8 pm at Thomas M. Gallagher Funeral Home (same building as Cognetta) 104 Myrtle Ave Stamford, CT (203)-359-9999. A Mass of Christian Burial will be held at 10 am on Tuesday, September 28, 2021 at Basilica of St. John the Evangelist 279 Atlantic St Stamford, CT.  The Interment will follow at St John Cemetery, Darien.   To send condolences to the family, please visit www.galllagherfuneralhome.com

Share Your Memory of
Raymond
Upload Your Memory View All Memories
Be the first to upload a memory!
Share A Memory
Send Flowers
Plant a Tree