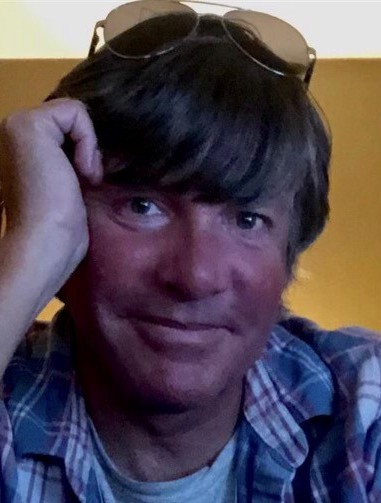 Please share a memory of Peter to include in a keepsake book for family and friends.
View Tribute Book

Peter Xavier Walsh passed away suddenly on June 30, 2021 due to heart complications.  Peter was the loving father of Helen Herzog Walsh of St. Albans, NY.  He was the son of Robert Walsh of Guilford, CT and is predeceased by his mother, Marylou Walsh and nephew, John Dowd.  He is survived by his aunt, Anne Hayes of Bridgeport, CT; his brother and sister-in-law, Thomas and Cheryl Walsh of Clinton, CT and nephews, Robert, Michael and Thomas; his sister and brother-in-law, Regan and Roger Dowd of Natick, MA as well as countless relatives, friends, and admirers.

Peter was born in Bridgeport, CT on November 30th, 1966 and grew up in Fairfield, CT. His life was shaped by his love of music, film, and technology. An avid student athlete, actor, DJ, and musician, Peter studied at the University of Connecticut and New York University, focusing on film production.  He was a drummer in numerous New York and Connecticut-based bands, including the indie rock group Hypnolovewheel.  He did engineering, mixing, mastering and live sound for countless nationally-touring productions. For over thirty years, his career centered on post-production video and audio engineering, producing, and screenwriting. Peter inherited his mother’s razor-sharp sarcasm, his father’s boundless generosity, and he possessed an encyclopedic knowledge of popular culture and arcane knowledge. He will be remembered for his dead-pan delivery, his fierce loyalty, his empathy, and his devotion to his daughter, Helen and their shared love of roller coasters and rescue animals.

In lieu of flowers, the family suggests donations be made to:

A Memorial Tree was planted for Peter
We are deeply sorry for your loss ~ the staff at Thomas M. Gallagher Funeral Home
Join in honoring their life - plant a memorial tree

Share Your Memory of
Peter
Upload Your Memory View All Memories
Be the first to upload a memory!
Share A Memory
Plant a Tree