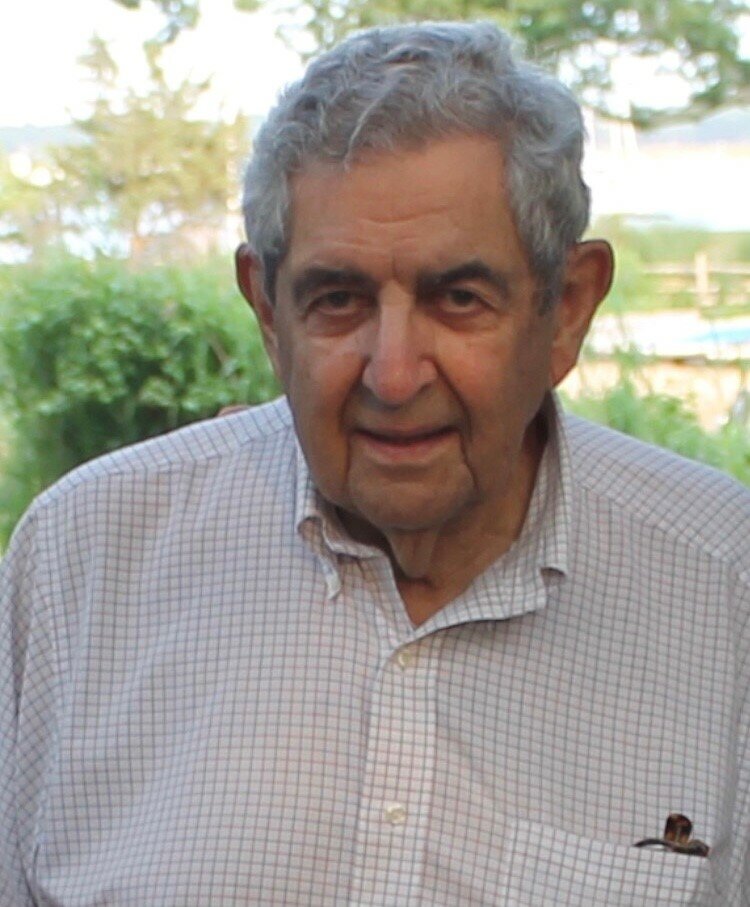 Please share a memory of Charles to include in a keepsake book for family and friends.
View Tribute Book

Charles Herschel Weiner, born August 18, 1924, passed away on March 28, 2021. The loving and dedicated husband of Lynn Liechtenstein Weiner; loving father of Anthony Samuel Weiner and wife Nora Lucas, John Lester Weiner and Matthew Thomas Weiner and wife Cynthia Weiner; loving grandfather of Molly Lucas Weiner, daughter of Nora Lucas and Anthony Weiner, and daughter Isabella Joy Chimes and Lochlund Kane Chimes, daughter and son of Jennifer Joy Barnes and John Lester Weiner. Charlie was a honest, kind, compassionate, creative, and hard working man. He never had as much as a speeding ticket or used a foul word. His work took him around the entire world. He was a mariner, celestial navigator, aircraft pilot, boat builder and extremely successful international industrialist. He was educated as a day student at Phillips Academy, Andover and attended Amherst College after World War II. In regards to his involvement in World War II, if any, it has always been very complicated to get any information. Why he had friendships and business relations with the heads of the French, Finnish and Dutch resistances of World War Two will always be a mystery and why he was always sending Morse Code from the family house. He was involved in the designing of products which would help protect soldiers in the military. Both Charlie and Lynn took very seriously their responsibilities to society, volunteering their time for many organizations helping to promote school education, the advancement of literacy, health and the preservation of the environment. Charlie had some really funny jokes. Charlie is now on board the old "ELSAM" (the Nova Scotia fisherman the three brothers built named after their parents Elizabeth Chimes and Samuel Weiner) with his two other brothers Mel and Paul cruising out to sea out of Perkins Cove, Maine in the early morning fog hoping to catch fish and return to their loving wives and children three good men. Charles Weiner leaves behind his loving wife Lynn and family. The family hopes to have a service and regrettably has not. His last words were "the only regret I have is I will not live long enough to take care of your mother." He will always be missed and live forever in good memories. The family sends its love.

A Memorial Tree was planted for Charles
We are deeply sorry for your loss ~ the staff at Thomas M. Gallagher Funeral Home
Join in honoring their life - plant a memorial tree

Share Your Memory of
Charles
Upload Your Memory View All Memories
Be the first to upload a memory!
Share A Memory
Plant a Tree