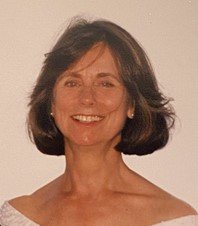 Obituary of Norma B. Collier

Born on August 24, 1938 in East Orange, New Jersey, she attended Columbia High School and earned her undergraduate degree in Philosophy at Wilson College in Chambersburg, PA, where she was a Phi Beta Kappa.  After winning Glamour magazine’s “10 Best Dressed College Girls in America,” she went on to have a successful modeling career that took her to Paris for the better part of a decade.  Her career then brought her back to Manhattan where she met and married advertising executive, Wolfgang Gunther Lieschke in 1965. They had two daughters who they raised in Manhattan until moving to New Canaan in 1974, where Norma resided for over 44 years.

During the early 1970s, alongside a close friend, Norma channeled her love for cooking into a small catering business, “An Uncatered Affair.” She returned to school in 1977 to earn her MBA in Finance at The University of Connecticut where she graduated with honors.  Norma went on to have a successful career in the food industry as a marketing consultant. In concert with her never ending love of learning, during her retirement, Norma would earn her certification as a Master Gardener at the New York Botanical Garden where she specialized in Soil Science and Indigenous Plants.

Norma devoted her spare time to studying languages including, French, Spanish, Italian, and German.  Always active, she regularly enjoyed tennis and paddle as well as cross country skiing and figure skating.  Norma had a deep rooted passion for travel that took her all over the world, including Switzerland, Kenya, and Bora Bora. Her talent for cooking crossed culinary and geographic boundaries, from fine French cuisine to contemporary vegetarian fare that was enjoyed by family and friends throughout the years.  Norma nurtured a deep love for classical music and was active in New Canaan’s Chamber Music Society where she helped to organize their annual concerts.  She also loved the arts and regularly visited New York CIty’s museums.  In her later years, Norma volunteered at the New York Botanical Garden as a gardening consultant. An avid reader, she always took pride in being able to complete the Sunday edition of the New York Times crossword puzzle. For the final 12 years of her life, Norma bravely endured the many trials brought on by Parkinson’s Disease, while still managing to conduct herself with dignity and grace.

Norma was predeceased by her ex-husband, Wolfgang Lieschke, in 1999, with whom she maintained a close friendship.  She is survived by her two daughters, Kira Lieschke Almeida (Robert F. Almeida) and Sarah Lieschke-Bodge (William Bodge III); her five grandsons: Robert G. Almeida, Alexander Almeida, Maxwell Almeida, Wolfgang Bodge and Nolan Bodge.  She is also survived by her sister, Joyce Campbell, her half-sister Karen Collier, her two step sisters, Gail Skinner and Joan Brindisi and her nieces and nephews.

A memorial service will be held on Saturday, April 10th at 2 pm at the First Presbyterian Church, 178 Oenoke Ridge, New Canaan, CT.  Unfortunately, due to COVID restrictions there is limited capacity at the church. In lieu of flowers, the family requests donations be made in memory of Norma Collier to Columbia University to support research in Parkinson & Related Movement Disorders.

To make an online donation, please use the following link:

A Memorial Tree was planted for Norma
We are deeply sorry for your loss ~ the staff at Thomas M. Gallagher Funeral Home
Join in honoring their life - plant a memorial tree

Share Your Memory of
Norma
Upload Your Memory View All Memories
Be the first to upload a memory!
Share A Memory
Plant a Tree