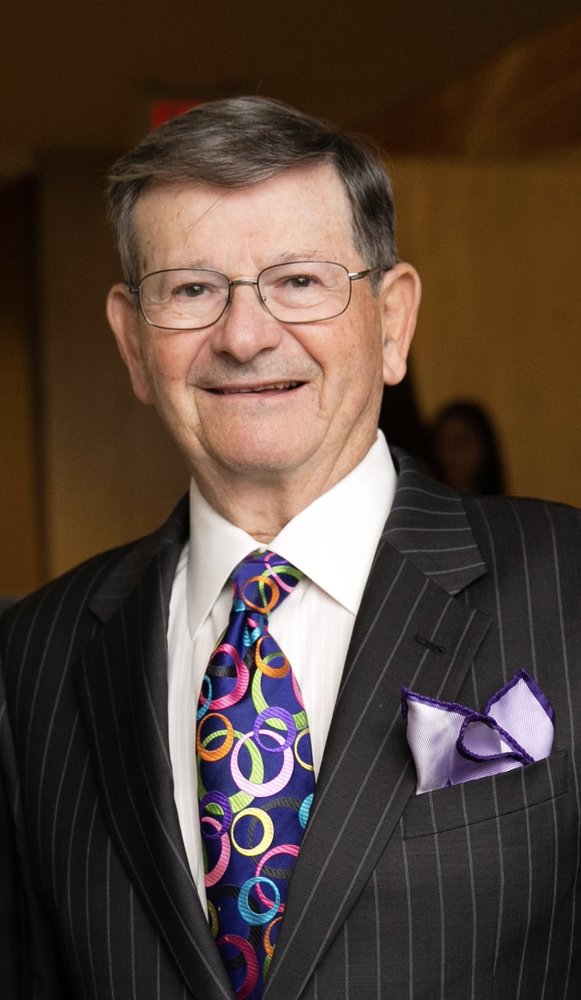 Allen Samson of Naples, Florida and Scottsdale, Arizona, beloved husband, father, grandfather, brother, uncle and friend died peacefully on February 1, 2021. Born in Milwaukee to Rose Landau Samson and Harry Samson, Allen was a proud graduate of Nicolet High School, The University of Wisconsin-Madison and the University of Wisconsin-Madison Law School. He began his career as the Deputy District Attorney in Milwaukee before starting his own firm with three other attorneys. He then joined his father and brother Max in the family Nursing Home business. Together they grew American Medical Services from a small family-owned company to a public company. Early retirement didn’t suit Allen, so he embarked on his next venture, President of Liberty Bank. When he did eventually retire, he loved his life of “six Saturdays and a Sunday.” Allen loved to travel, and he and Vicki shared many adventures and unforgettable trips, including cruising around the world. He loved playing cards and craps, old westerns, classical music, art, and of course golf. He loved his boys nights out, his sheepshead group and his many life-long and newer friends.

Above all, Allen was a family man. He is survived by his wife Vicki, his daughter Nancy and son-in-law Josh Cohen of Weston, CT, son David of Sag Harbor, NY, son Daniel of Miami, FL and daughter Rachel and son-in-law Gregg Bullis of New York City. He was a loving and beloved grandfather to Ross, Julia and Dana Cohen, Hannah, Kyra, and Caleb Samson and Zoe Bullis. He is further survived by his brother and sister-in-law Max Samson and Nancy Pinter, by his sister-in-law Ellie Samson, his many nieces and nephews, his sister-in-law Terri Stern and brothers-in-law Jeff Stern, Mark Boxer and Mitch Boxer. He was predeceased by his brother, Barry Samson.

A family funeral and burial will take place in Connecticut on Friday, February 5. Donations in Allen’s memory may be made to University of Wisconsin-Madison Law School Support UW Law School, First Tee of Southeast Wisconsin Donate, or Yozma, the Reform Jewish Community in Modi’in, Israel http://kbyonline.org/synagogues/yozma

Share Your Memory of
Allen
Upload Your Memory View All Memories
Be the first to upload a memory!
Share A Memory