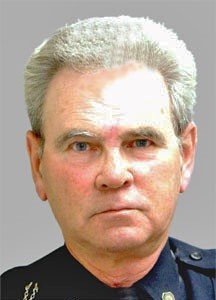 Patrick Joseph McAllister of Norwalk, CT died peacefully on October 12, 2020, after suffering from complications due to COPD.

Husband of 45 years to Anita P. McAllister, Pat was born in Dumbarton, Scotland on June 13, 1944 and immigrated to the United States with his family and settled in Greenwich, CT. He would go on to graduate from Greenwich High School. After High School, Pat served his adopted country in the United States Army from 1964 until his Honorable Discharge in 1967. Upon returning home his endeavors led him to own and operate McAllister Delivery Service, a courier service based out of Greenwich, CT, for over 35 years. In 1991 he achieved one of his proudest moments in officially becoming a United States Citizen, but he didn’t stop there. He went on to further serve his community by becoming an Officer in the Special Police Division of the Greenwich Police Department in 1991 until retiring in 2015, having attained the rank of Sergeant.

In his leisure, Pat was an avid New York Mets fan, which he unfortunately passed on to some of his family members, he was a member of the Blue Knights Motorcycle Club in the CT 7 Chapter, a Dunkin’ Donuts coffee “aficionado” and he was known to enjoy occasional times with his lifelong friend “J.B.”.

He was predeceased by his Father and Mother, Ronald and Bridget Mary (Molloy) McAllister, and his siblings Margaret Marshal, Peter and John McAllister, Marjorie McAllister, Veronica Regan and Mary Catherine McAllister.

A memorial service will be held on a future date and time where his life and memory will be celebrated with services provided by Thomas M. Gallagher Funeral Home.

In lieu of flowers please donate in Pat’s name to the American Lung Association.

Share Your Memory of
Patrick
Upload Your Memory View All Memories
Be the first to upload a memory!
Share A Memory
Plant a Tree