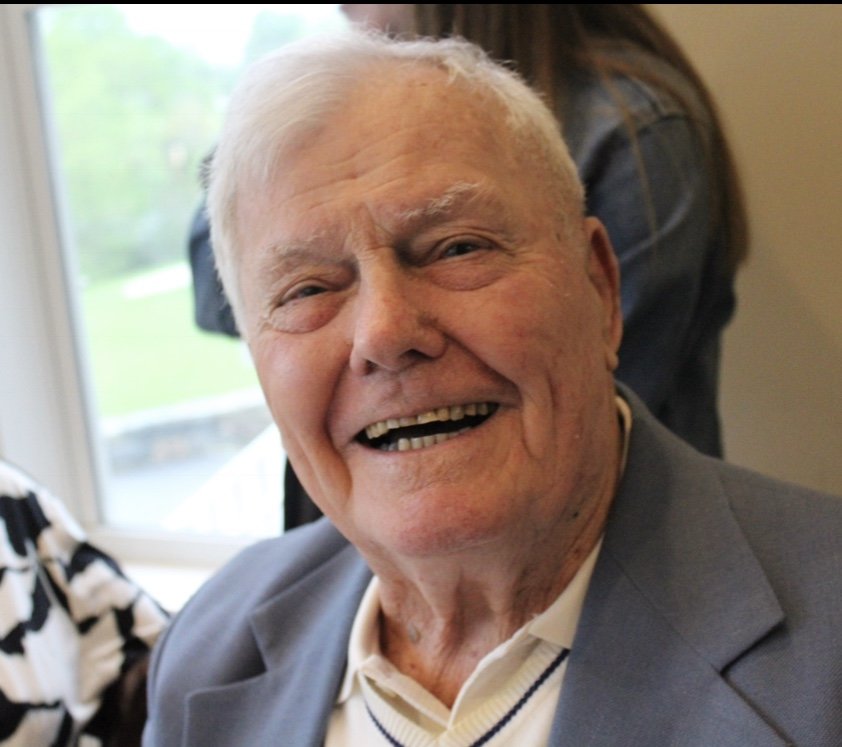 Gene died peacefully on September 9, 2020 after a long and fulfilling life. Gene was born and raised in Stamford, CT where he was the oldest of five siblings. Gene went on to become a star athlete at Stamford High School where he lettered in 3 sports, baseball, football and track.

After graduating, Eugene went on to join the US Navy where he served his country in the Korean War.

Upon his return, Gene worked as a lineman in the phone company and later went on to take over the family chimney business.

Gene met the love of his life, and after getting engaged 30 days later, went on to celebrate the next 67 years of his life with his bride, Honey,

Gene’s love for his family & friends was immeasurable. Gene loved golf, rooting for the METS and Giants and enjoying a Chivas.  Gene took pride in everything he did and never took a short cut or easy way out.

Gene led by example by his strong work ethic and taught his family to strive to do the best at everything you do. Gene lived his life to the fullest and will be missed deeply by all that loved him.

Share Your Memory of
Eugene
Upload Your Memory View All Memories
Be the first to upload a memory!
Share A Memory
Send Flowers