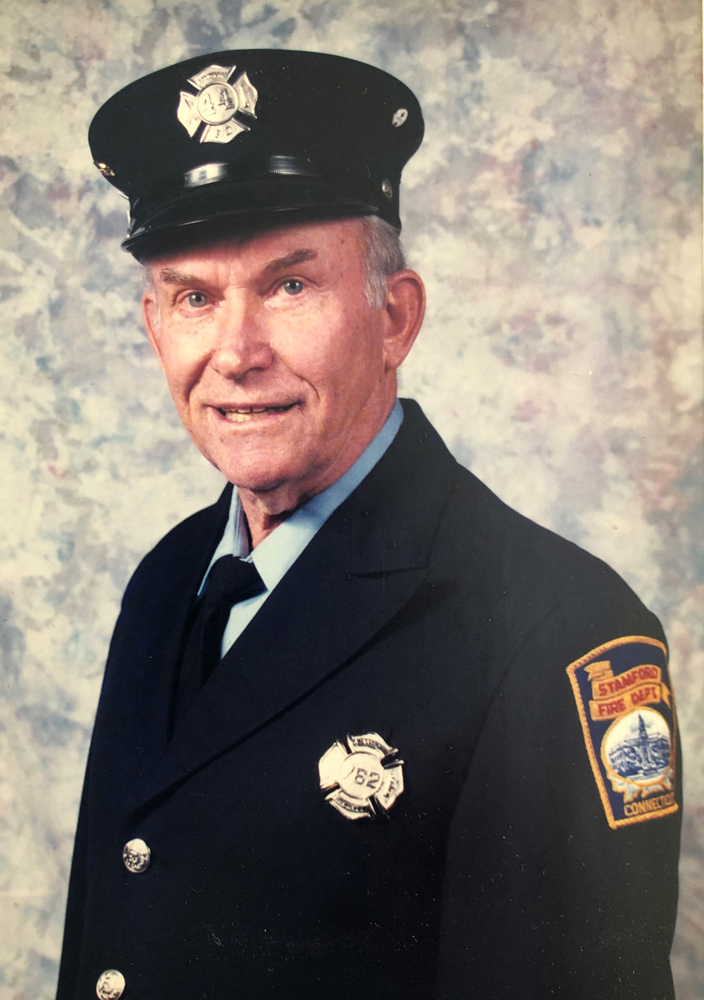 Robert (“Willy”) Ernest Pilcher of Darien, CT, passed away peacefully on August 8, 2020 following a brief illness.  Born in Stamford on April 24, 1929 to the late Ernest and Caroline Pilcher, Bob grew up in the Belltown section of Stamford and graduated from Stamford High School.  Following his honorable service in the U.S. Army, Bob joined the Stamford Fire Department where he was known by his nickname “Willy”.  In 1996 he received a commendation from the City of Stamford Fire & Rescue in recognition of action above and beyond the call of duty, and was also recognized for his long and unblemished record as he continued to serve the Stamford community as a firefighter for approximately 50 years until his retirement.  Bob treasured the camaraderie of his fellow firefighters and stayed in contact through the years by attending golf outings and the annual SFD picnics.  He was an avid golfer and was the recipient of three hole-in-one certificates.  Bob was a kind and good-natured friend and neighbor – always cheerful and ready to lend a hand, he enjoyed staying active around his home, and was a true animal lover.

Bob is survived by Mary, his loving and devoted wife of 61 years, and several nephews and nieces.

A graveside service will be held at 11:00am, Thursday, August 13, 2020 at Fairfield Memorial Park Cemetery, Stamford, CT.  In lieu of flowers contributions may be made to Friends of Animals or the ASPCA.

Share Your Memory of
Robert
Upload Your Memory View All Memories
Be the first to upload a memory!
Share A Memory
Send Flowers