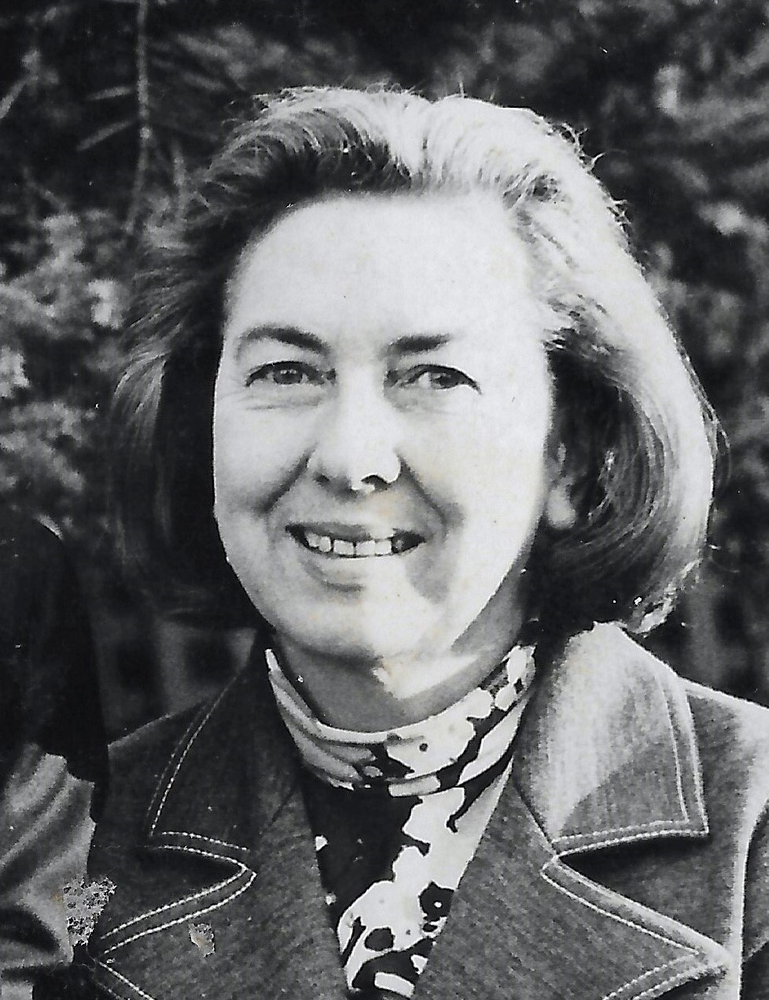 Genevieve, affectionately known as “Gerry”, passed peacefully under the special care of the staff at Wilton Meadows Health Care Center on August 4th, 2020 at the age of 98. Gerry was born on April 9th, 1922 to Anthony J. Brandt and Josephine Swint Brandt in Bound Brook, NJ.  Genevieve attended Catholic schools there. Later her family moved to Elizabeth, NJ so that her father had an easier commute to the Bronx, where he was a machinist.

During the summers, Gerry would visit her maternal grandparents in Glenville, CT and eventually caught the eye of Hugh “Sonny” Hassan, also of Glenville. They were married in 1945.

In her earlier career as an administrative assistant, she would use an Underwood or Royal typewriter, but her real accomplishment was mastering the skill of short hand dictation, a lost art in our current world of technology. She worked for many companies including Ralph W. Biggs of Stamford who manufactured parts for Hamilton Watch Company, as well as International Microwave Corporation of Cos Cob and General Cable of Greenwich.

During her retirement years, Gerry enjoyed playing games, telling stories and having beach days with her six grandchildren. Gerry also loved to travel to such places as Hawaii, The Panama Canal, Nova Scotia and criss-crossing the U.S. by car with her best friend and later in life partner, Robert Krack.

She was predeceased by her husband of 48 years, Sonny Hassan, son Brian of Cos Cob, CT and daughter Joy Nuckols of Wilton CT, as well as her parents and four sisters, Dorothy Brandt of New York City, Ursula Williams, Teresa Wolverding, Gloria Farrell all of New Jersey and brother Thomas Swint of Greenwich.

The Hassan family wish to thank Sandie, Jackie and all the staff and administrators of Wilton Meadows for the exceptional care that was given.

There will be a wake at Thomas Gallagher Funeral Home on Tuesday, August 11th from 9 am until 10 am followed by a mass at St. Bridget of Ireland’s church located at 278 Strawberry Hill Ave in Stamford at 11 am. Interment to follow at Putnam Cemetery. Servies are under the care of Thomas M. Gallagher Funeral Home located at 453 Shippan Ave. Stamford, CT 06902 (203)359-9999

Share Your Memory of
Genevieve
Upload Your Memory View All Memories
Be the first to upload a memory!
Share A Memory
Send Flowers