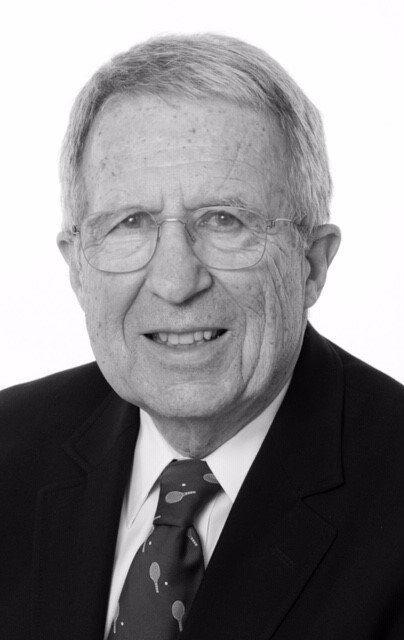 Born in Flint, Michigan October 16, 1934 to George Roy Lovegrove and Marie (Long) Lovegrove. As a teenager, he worked on a farm and the assembly line for trucks at General Motors. He graduated from the University of Michigan Medical School in 1959 where he received the “Intern of the Year” award the following year. He was drafted into the Army during his residency in 1962 and stationed at Fort Benning, Georgia. He completed his residency in Michigan and moved with his family to Connecticut where he practiced urology for 55 years. He was Chief of Urology at Stamford and St Joseph’s hospital where he was renowned for his expertise and calm, caring bedside manner. He was a member of the Wee Burn Country Club and the Darien Boat Club. Each autumn he looked forward to piloting a vessel up the Hudson River to see a West Point football game. He was an avid tennis player and also loved skiing at Stratton Mountain, Vermont and spring skiing in Utah. Dr. Lovegrove is survived by his wife Sandra, their four sons Craig (Tory), Brian (Sally), Daniel and Andrew, six grandchildren and two great grandsons. He is also survived by his sister Janet Hodge of Michigan. He leaves many other family members and friends. Services will be private. Donations may be made to Stamford Hospital c/o Stamford Hospital Foundation 1351 Washington Blvd, Ste 202 Stamford, CT 06902.

Arrangements are under the direction of Thomas M. gallagher Funeral Home. To send online condolences to the family visit www.gallagherfuneralhome. com