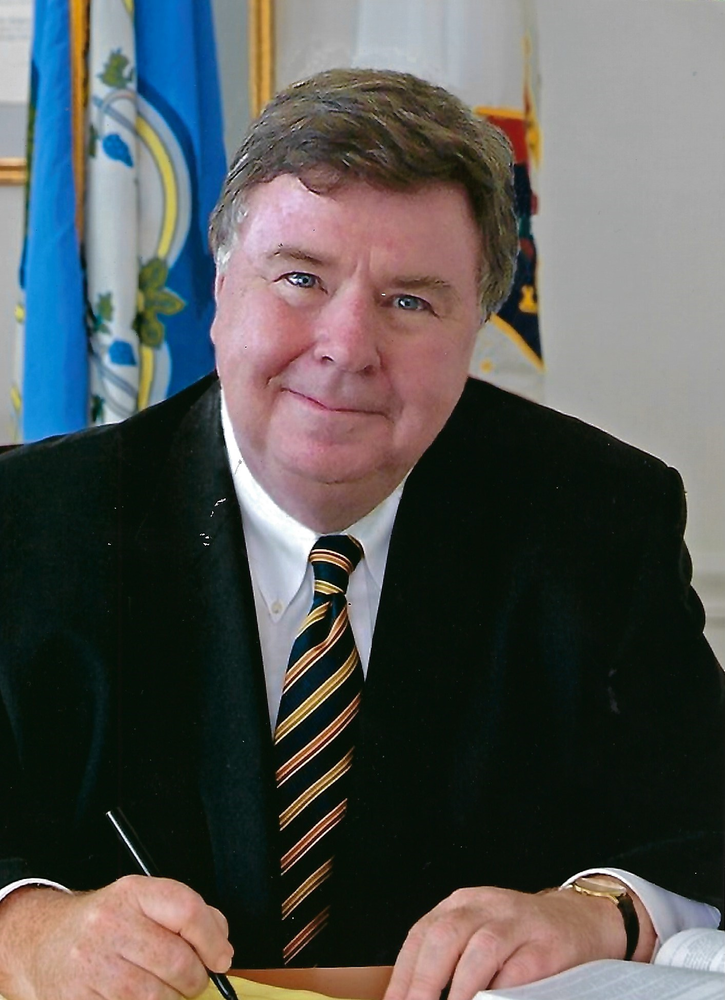 He was a graduate of Archbishop Stepinac High School in White Plains, N.Y., St. Michael’s College in Vermont and the University of Connecticut Law School.

Jerry recently reached the milestone of celebrating 50 years of admission to the practice of law in Connecticut.   For many years he was engaged in the private practice of law as a partner at Abate & Fox in Stamford.    For the past twenty-five years he has continued his law practice as a partner at Fox & Fox, LLP with his son, Gerald.  In 1982, he made one of his best career decisions when he hired his paralegal, Theresa Iorfino, for whom he was forever grateful.

He was a frequent lecturer to the Fairfield County Bar Association and the Connecticut Bar Association regarding real estate and probate law topics. Jerry loved the practice of law both as an attorney and as a judge.  He was known for his kindness and empathy as he guided people through the difficult challenges they faced in their lives.

Jerry also contributed substantial time to civic endeavors. He was elected to the Stamford Board of Representatives and the Stamford Board of Finance. He was recognized as the State Street Debating Society Man of the Year and with his wife, Ginny, as Grand Marshall of Stamford’s St. Patrick’s Day Parade.

Jerry loved Vermont, Cape Cod, Ireland, Yankee games and the camaraderie of weekend golf at Sterling Farms.    Most of all, Jerry loved his family and they loved him.   He was a dedicated and beloved husband, father and grandfather.   Jerry and Ginny’s life together was filled with many years of love, laughter and unwavering support towards each other.   Together, they enjoyed attending their grandchildren’s dances, theater and games, as well as taking them on many trips to the diner.

Arrangements are under the direction of Thomas M. Gallagher Funeral Home.  To send on-line condolences to the Fox family, please visit www.gallagherfuneralhome.com

Share Your Memory of
Hon.Gerald
Upload Your Memory View All Memories
Be the first to upload a memory!
Share A Memory
Plant a Tree