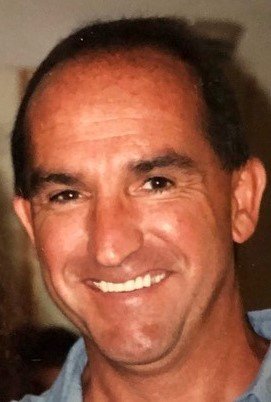 Peter Goddard Bronson of Norwalk passed away peacefully at home on July 18, 2020 at the age of 66, following a long and valiant fight against prostate cancer.  Born on July 20, 1953, he was raised in Stamford and attended New Canaan Country Day School and Dublin School in New Hampshire before completing his secondary school studies at the International School in Vienna, Austria in 1971.  It was during his time in Europe that Peter became a committed Christian.  He later attended Pacific Christian College in Fullerton, California.  Peter was predeceased by his parents, Samuel C. Bronson and Eleanor Daniels Bronson.  His mother Eleanor passed away in 2019 at the age of 101.  In her final years, Peter was deeply involved in her care, ensuring that all her needs were met and that she always received the best care possible.  He is survived by his wife Ornella Mattera, her parents Frank and Anna Mattera, sister Orlyna Mattera Starr, brother-in-law Jeffrey H. Starr, Sr., and the extended Mattera family.  Also surviving are his daughter Sarah Danielle Ingalls Jones of Seattle, Washington and her five children Ivy, Colton, Lucas, Elaina and Donovan, his sister Amy Bronson Key (Wayne "Mac") of Falmouth, Massachusetts and Elbow Key, Bahamas, cousins Sarah Daniels Morse (Harvey), Judy Daniels Ott (Hon. Stanley), Fred Daniels II (Christine), Eleanor Daniels (Donna Broderick) and Martha Daniels Kreamer (Ezra), step-sister Phoebe Hodge Farmer (David), step-brother Rex Hodge (Debra Price), nieces Caroline Key and her children Greyson and Camryn, Julie Key and her children Jermari, Jonah and Justice Jayde, and nephews Jeffrey Jr. and Andrew Starr.  Peter was known for his buoyant and engaging personality.  He was supremely kind and loving to his family and friends and will be greatly missed.

Peter's greatest love was his wife Ornella.  The couple spent seventeen wonderful years together and traveled frequently to Cape Cod, the Bahamas and the Caribbean.  Peter greatly appreciated being a member of Ornella's large and loving extended family.  Another of Peter's great loves was boating.  After obtaining his U.S. Coast Guard captain's license, he worked for many years as a yacht captain in various locations, including Ft. Lauderdale, Florida, San Diego and Long Beach, California, and Cabo San Lucas, Mexico.  One of the highlights of his career was captaining a large yacht through the Panama Canal.  Peter was also very fond of his Labrador retrievers, having had many canine family members throughout his life.

Peter's family and friends would like to express their appreciation to the Bennett Cancer Center at Stamford Hospital and its doctors, nurses and staff for the superb care provided to Peter throughout his battle with cancer.  He often remarked to family and friends that he felt he was receiving the best care possible.  The family would also like to thank the Fairfield County Visiting Nurse & Hospice organization for the wonderful care provided to Peter during his final days at home.

Visitation will be held at THOMAS M. GALLAGHER FUNERAL HOME (next to the Knights of Columbus) 453 Shippan Ave Stamford, CT from 4:00 to 7:00 p.m. on Friday, July 24th.  There will be a church service for Peter at 1:00 p.m. on Saturday, July 25th at Stanwich Congregational Church, 202 Taconic Road, Greenwich, followed by interment in the church cemetery.  Due to current circumstances, face masks and social distancing will apply.  In lieu of flowers, donations may be made to the Bennett Cancer Center, 34 Shelburne Road, Stamford, Connecticut 06902. To send on-line condolences to the family, please visit www.gallagherfuneralhome.com

Share Your Memory of
Peter
Upload Your Memory View All Memories
Be the first to upload a memory!
Share A Memory
Send Flowers