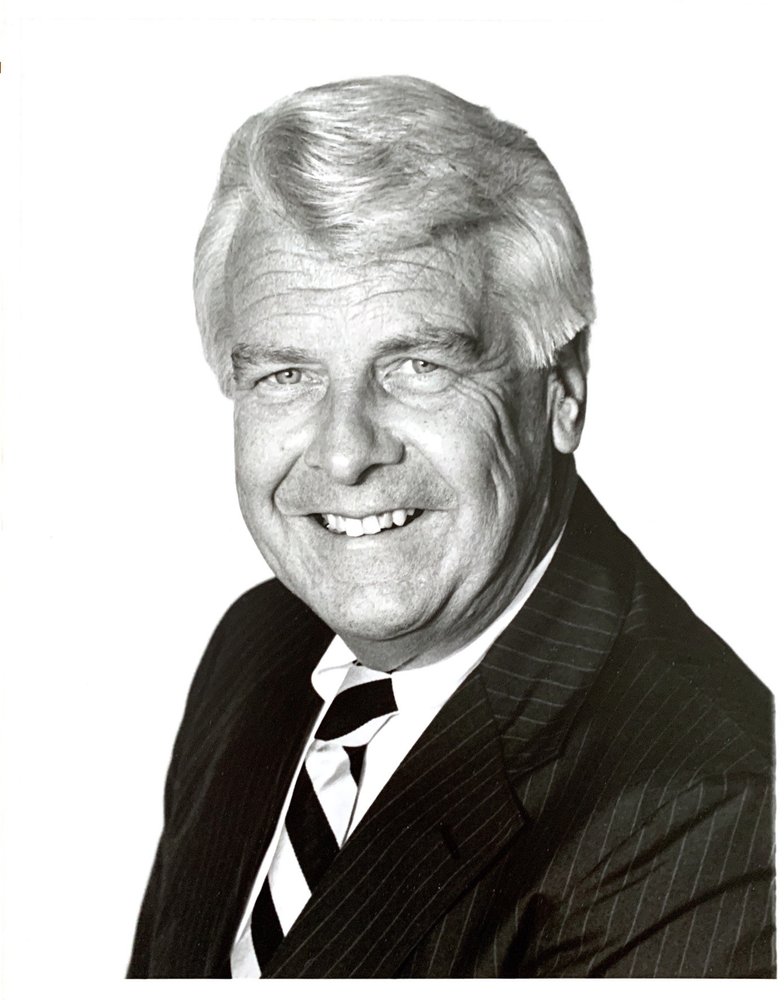 Eugene E. Hayes; January 29, 1933 – June 29, 2020.
Born and raised in Stamford, CT, on January 29, 1933, Eugene "Beaver" Hayes, passed away peacefully at his home surrounded by family. He is survived by his wife of nearly 62 years, Elizabeth "Elsie" Hayes and their four children: Elizabeth "Liz" Hayes and her husband Van Collins, of Norwalk, CT; Ellen Fahey and her husband Kevin Fahey, of Falmouth, MA, and their children Sean Fahey of New York, NY, and Tess Fahey of Boston, MA; Paul Hayes and his wife Leah McLaughlin, of New York, NY; and Dan Hayes of Stamford, CT. He was predeceased by four siblings: Paul Hayes, Bill Hayes, Teresa Hayes Meehan and James "Jimmy" Hayes.
A U.S. Navy veteran, Gene maintained strong friendships for decades. After 38 years as an executive at Pitney Bowes, he retired and continued to work with Robustelli Corporate Services for another 10 years. A lifelong golfer, he had the distinction of being the first person to score a hole-in-one, at the Sterling Farms Golf Course.
For 30 years, he and Elsie owned a summer home on Cape Cod in Falmouth, MA, creating enduring memories for their families and neighbors. He was known for his expertise with a clam rake and his singing voice, which he often used to entertain his family with an acapella version of "Paddy McGinty's Goat." In his later years, he could often be seen in the stands at Darien High School cheering his grandson Sean's football games, or at New Canaan Mounted Troop to watch his granddaughter, Tess, ride horses. Gene would like to be remembered as a man who cherished his family, loved his friends, and never took a moment of life for granted.
A private mass will be held on Thursday, July 2 at the Basilica of St. John's the Evangelist at 279 Atlantic Street in Stamford, CT. In lieu of flowers, please consider making a donation in Gene's name to the charity of your choice.
Arrangements are under the direction of Thomas M. Gallagher Funeral Home, (203)-359-9999. To send online condolences to the Hayes family, please visit www.gallagherfuneralhome.com

Share Your Memory of
Eugene
Upload Your Memory View All Memories
Be the first to upload a memory!
Share A Memory
Plant a Tree