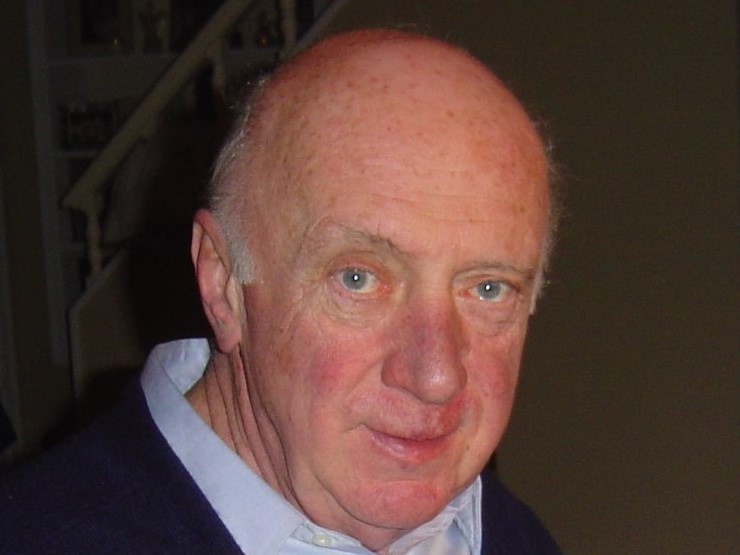 Mike is a proud graduate of St. John’s School and St. Basil’s Preparatory School both in Stamford as well as the University of Dayton in Dayton, Ohio.

While working at the A&P Grocery Store in Stamford he met the love of his life, Ann (Hogan). They celebrated their 55th Wedding Anniversary this year.

Mike was employed by Pitney Bowes for 33 years first as an industrial engineer and later in employee benefits. After early retirement he joined Ann full time in their store, The Fifth Province Irish Import Shop. They owned and operated the shop in Stamford for 30 years.

Mike is survived by his wife, Ann, and his three sons and their spouses. Michael and his wife Stephanie of Darien have four children, Jack, Kate, Hope and Christopher. Brian and his wife Lynn of Stamford have two children, Molly and Peter. Edward and his wife Carolyn of Fort Washington, Pennsylvania have three daughters, Aileen, Kelly and Amanda. Mike enjoyed special relationships with all of his grandchildren and took great pride in all their accomplishments and activities. He will be sorely missed by each of them.

Mike is also survived by his dear cousin Marion Zaffino and his in laws: Lorraine Hogan, Jim and Dawn Hogan, Mike and Eileen Hogan, Sr. Eileen Hogan, Kathleen and Jack Gallagher, Louise and Michael Bluth, and Theresa Hogan-Pavlic. In addition, he is survived by many Murray, Hogan, Thompson, Comstock and Zaffino nieces and nephews all of whom were a big part of his life. He was predeceased by his parents, Thomas and Mary, brother Tom and his wife Barbara, and cousins, Nancy Comstock and Sr. Ann Murray.

Mike was a trusted and loyal friend to many. He cherished these relationships until his passing. He felt blessed to have them all in his life.

A Mass of Christian Burial to celebrate Mike’s life will be held at 11:00 a.m. on November 4, 2019 at St. Maurice Church, 385 Glenbrook Road, Stamford, CT. Burial to follow at St John Cemetery, Stamford. To send online condolences to the family please visit www.gallagherfuneralhome.com. In lieu of flowers, donations can be made to: Holy Child Center, in memory of Michael J. Murray, 1341 Montgomery Avenue, Rosemont, PA 19010 or by visiting https://www.shcj.org/american/donate/

Share Your Memory of
Michael
Upload Your Memory View All Memories
Be the first to upload a memory!
Share A Memory
Plant a Tree