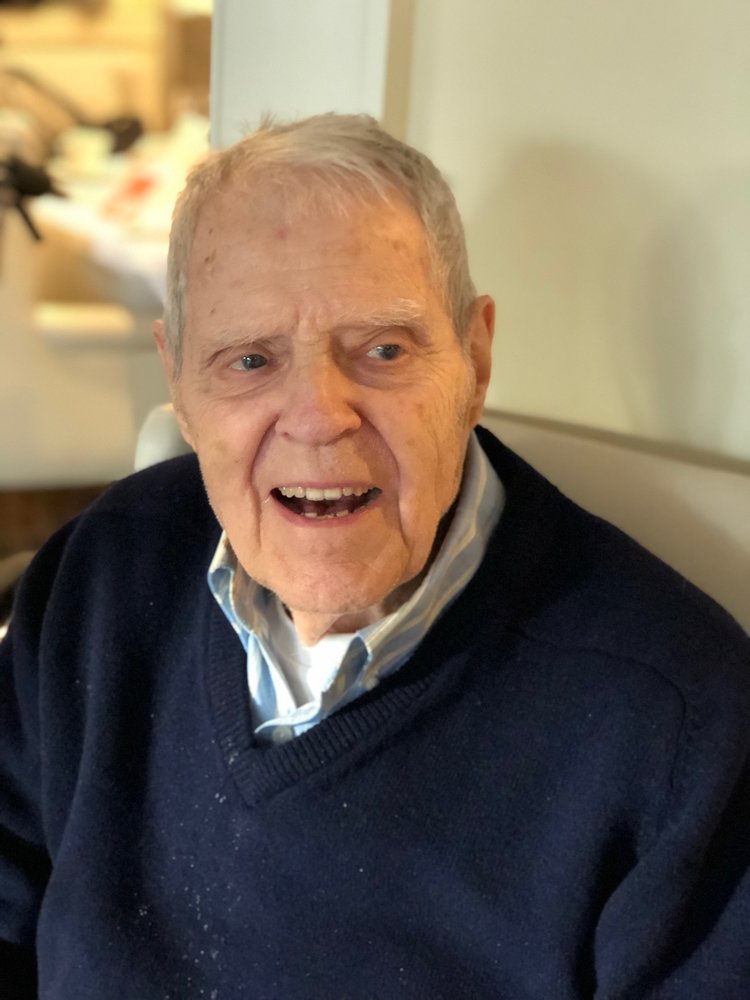 Charles J. Vickers, a longtime resident of Stamford and more recently Darien, died May 8, 2019, at the age of 96. Born in 1923 in Hoboken, NJ. Mr. Vickers served as an officer in the Navy aboard Landing Craft Infantry 867 in the Pacific Theatre during World War II. Following his wartime service, Mr. Vickers graduated from St. Peter’s College (NJ) with a degree in Chemistry in 1947. After graduation, for a number of years he pursued a successful career in sales and marketing for companies such as Allied Chemical, Sheffield Chemical, Stauffer Chemical and Geigy.

In 1986, Mr. Vickers fulfilled a dream of starting his own company, Orbichem Inc., which became a successful pharmaceutical chemical distribution company with customers around the globe. He sold it in 1993 upon his retirement.

A devoted and active alum of St. Peter’s, in 1997, he gave a grant to establish a Lecture Series in the Natural Sciences.

A longtime fan of music, especially jazz and Dixieland, he had a beautiful singing voice and later learned to play the ukulele. He attended many music festivals locally and across the country.

Mr. Vickers was a member of several local churches during his many years in the Stamford and Darien area.

Share Your Memory of
Charles
Upload Your Memory View All Memories
Be the first to upload a memory!
Share A Memory
Plant a Tree