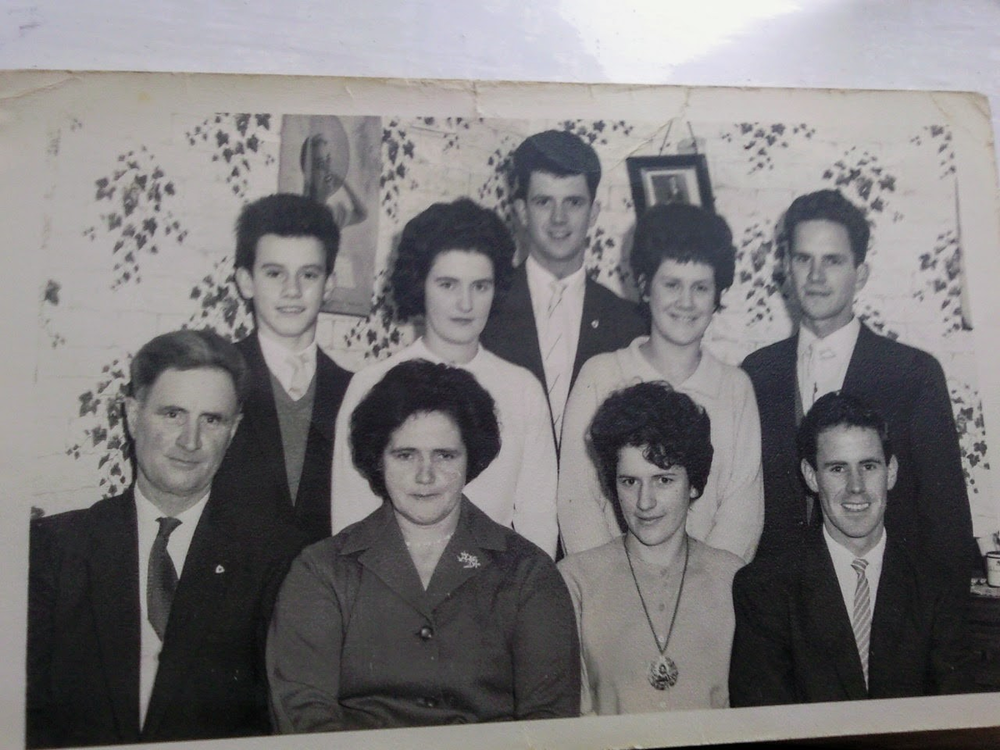 John was my big brother, born in Dublin on the 05th of December 1937. I remember John as being the spoofer of the family. He loved to sing .My first memory was John in the bed singing around the world thinking he was Frank Sinatra.

John spent a lot of time as a child with my mother’s family bringing the cattle across the lake on Lough Eyrne in Fermanagh. We lived in Sallynoggin, Dublin. While John lived in Dublin he worked in a men’s suits manufacturer.

He then moved to the UK for a year or two and when he came back he drove me mad wanting to watch cricket which all us Irish men has absolutely no interest to watch.

In around 1962 he got it into his head that he wanted to move to the States so he contacted our cousins Francis and Sammy who were living in Stamford at the time and they agreed to sponsor him to move over. The attached family picture was taken just before John left for America. The week before as a family we were doing some voluntary work in St Joseph’s Boys Football Club in Sallynoggin and Fr Mc Cabe, who was the founder member of the club presented John with a bible or prayer book as we were hammering nails into the flooring.

When John became sick with an illness his sister Bridget came from another part of America to look after him….and she has been looking after him ever since. John and Bridget both got a job in Machleet, Stamford and worked there until

the plant closed. John told me he used to make parts for space rockets but he was such a spoofer I never did find out if that was true.

John loved sports in general, mainly golf. He came home regularly on vacation to Ireland and golf was one of the first things he wanted to do when he arrived. His extended family in Ireland loved to hear he was coming home as John always brought home gifts for his nephews. My son, Johns godson Stephen mainly, as he always got Miami Dolphins memorabilia.

Unfortunately as myself and my brother and sisters here in Ireland are of a certain age we couldn’t travel to Stamford to say our final goodbyes John. We have great memories of John and we will cherish our memories of all the good times we had together growing up in Dublin.

May he rest in peace.

Services for John Horan
There are no events scheduled. You can still show your support by planting a tree in memory of John Horan.
Visit the Tribute Store

Share Your Memory of
John
Upload Your Memory View All Memories
Be the first to upload a memory!
Share A Memory
Plant a Tree