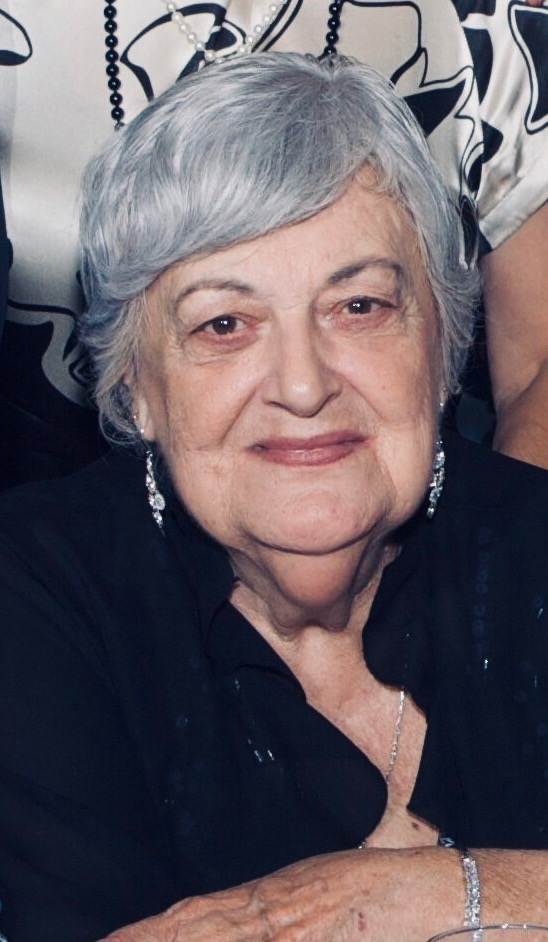 Angelica  A.H. Michalatos educator, passed away on January 27, 2019, at 82 yrs. old. Born in Boston, MA on Sept. 25, 1936, the daughter of Maria and George Haralambides. Active in the Greek Orthodox Youth Assoc., Angelica was known as a gregarious child who made friends easily in her Jamaica Plain neighborhood. Joyful hours were spent in the Isabella Stewart Gardner Museum, Bartlett Arboretum and The Boston Public Library nurturing her passion for knowledge and nature. Teaching was her life’s calling. Undeterred, she pursued Early Childhood Education at Boston University and received her BA from Curry College. Married to Stelios Michalatos in 1960, they moved to Stamford and had three infant children, Christos, Nicole and George who predeceased her. Angelica is survived by her beloved daughter Sophia-Louisa Michalatos. In Stamford, Angelica held teaching positions at The Jewish Center and The Southfield Village School before her over 50 years of directorships at The Tower School, The YWCA School and The Learning Center at Piper’s Hill. Angelica pioneered teaching concepts which have touched the lives of children for decades and continue to make an impact. Angelica successfully implemented a developmental curriculum into the Early Childhood pre-school classroom; her approach on the emotional development of children was based upon readiness to learn, regardless of chronological age is now the industry standard. There was nothing she would not undertake on behalf of the betterment of children. At the height of the AIDS epidemic, Angelica enrolled an HIV positive preschooler into her school when she learned the little girl was turned away by all other schools; she was an example of acceptance, diversity and beyond all, love. Angelica’s reach was felt beyond the classroom as mentor to her peers, consultant within the Stamford community, loyal administrator to her teaching staff, and above all an advocate for children. Her legacy as an educator has influenced hundreds of children, it is remarkable and everlasting. In addition to her daughter Sophia-Louisa, Angelica leaves her trusted friends and is survived by her devoted sister, Loula Haralambides Belezos, adored nieces/nephews; Christina Michalatos Kavanaugh (Robert), Sonia Michalatos of Stamford, Stephanie Kapantais (Mike) of ME, Diane Rodenhiser (Michael), Lisa Arpino (Don), Marci Toma (George), George P. Belezos (Katina), Christopher Belezos (Nancy) of MA, many loved grand-nieces/nephews and godchildren who will miss her humor, candor and her spirit which knew no age. Memorial contributions may be made to St Jude Research Hospital or Boston Children’s Hospital.

Visitation held from 10a-12p on Friday, February 1, 2019 at the Church of the Archangels 1527 Bedford St Stamford, CT, followed by 12p Funeral Service at the church.  Interment will be private to family members. Flowers deliveries should be sent directly to the church. Arrangements are under the direction of Thomas M. Gallagher Funeral Home (203)-359-9999.  To send on-line condolences to the family, please visit www.gallagherfuneralhome.com

Share Your Memory of
Angelica
Upload Your Memory View All Memories
Be the first to upload a memory!
Share A Memory
Plant a Tree