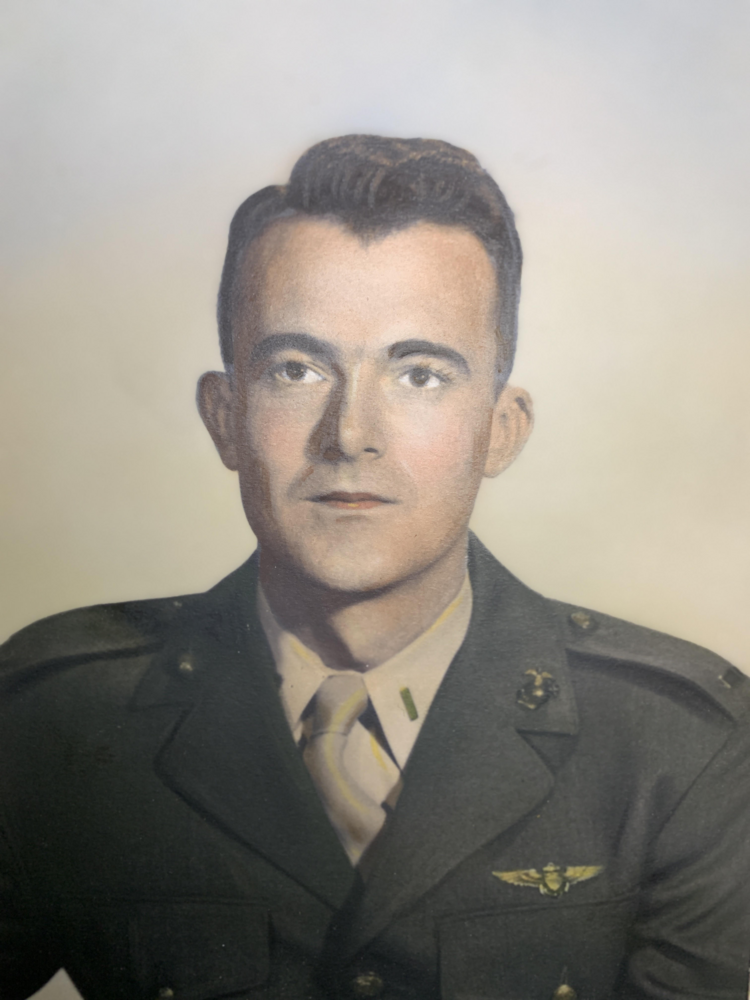 Arthur Irving Robinson, Jr. of Riverside, CT, died peacefully in his home on January 12, 2023. He was 91. Born June 17, 1931, in Somerville, NJ, he was the son of the late Arthur I Robinson, Sr. and Edna (Beckner) Robinson. Art is survived by his loving wife of 63 years, Charlotte Robinson; children Kimberly Robinson and Scott (Katie) Robinson; grandchildren, Morgan, Connor and Maddie; and brother, Ronald (Angela) Robinson.

Art graduated from The Hill School and Upsala college. In what he called his “pre-Charlotte years,” Art led an adventurous life as a Marine fighter pilot. He remained in the USMC Reserves until his growing family took priority. He leveraged his fighter pilot background to start his professional career in aviation insurance. Art worked at various financial firms during his career and last worked at Wood Logan Associates, Inc., where he enjoyed his co-workers and five-minute commute.

Art is remembered for his kind-heartedness and keen sense of humor. He especially enjoyed spending time in Maine, where the family has many wonderful memories of time spent with Art. An avid golfer, who loved spending time with friends, Art was known to extend the golf season by playing with an orange ball when there was a dusting of snow on the ground. During his retirement, Art traveled with Charlotte, worked on his golf game, spent summers in Maine and volunteered at a number of organizations, including his church, the First Congregational Church of Greenwich, and Greenwich Hospital.

The family thanks all of Art’s caregivers for their kindness and care during Art’s final days. A private interment will be held in Bound Brook, NJ, followed by a funeral service in the spring. In lieu of flowers, please send donations to The Alzheimer’s Association (www.alz.org).

A Memorial Tree was planted for Arthur
We are deeply sorry for your loss ~ the staff at Thomas M. Gallagher Funeral Home
Join in honoring their life - plant a memorial tree

Share Your Memory of
Arthur
Upload Your Memory View All Memories
Be the first to upload a memory!
Share A Memory
Plant a Tree