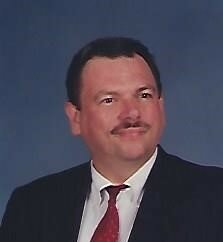 William Z. Cullen was born on February 15, 1955, and died peacefully in Birmingham, Alabama on December 20, 2022.  His death occurred after a lengthy illness.

He was the son of the late John C. Cullen, Sr. and Ann Woytowicz.

He graduated Stamford Catholic High School in 1973.  He was a member of the National Honor Society.  He graduated from the University of Connecticut in 1977 (Go Huskies) and New England School of Law in 1980.  He wanted to be a lawyer to do good, and he accomplished his goal with a long history of helping people in need.  He practiced Social Security Law, Black Lung Law, Worker’s Compensation Law at Birmingham Legal Services, Cooper Mitch and Crawford, Sexton Cullen and Jones, and private practice.   He was a blue dot Democratic in sea of red, but maintained his ability to relate to all.  He was active at Our Lady of Sorrows Catholic Church in Homewood, Alabama.  He was active in recovery ministries dealing with addiction, and personal redemption.  Although considered a Yankee, he was a fan of the New York Mets and New York Giants.  He is survived by his brother, John C. Cullen, Jr. of Stamford, Connecticut.  He is survived by his cousins, Joseph A. Cullen, Jr., Stamford, Connecticut, Janice Powers, Stamford, Connecticut, John Woytowicz, Greenwich, Connecticut, and Sheila Dunn, Brookville, Maryland.  Family would like to thank Our Lady of Sorrows Catholic Church, Baptist Princeton Hospital, Birmingham, AL Magnolia Ridge Nursing Home, Gardendale, AL and especially Kathy and Stephen Sexton for their support given to our family.  Wake will be held at Thomas M. Gallagher Funeral Home from 4pm to 7pm, 104 Myrtle Avenue, Stamford, Connecticut 06902 on Thursday, January 5, 2023.  Mass of Christian Burial at St. Cecelia’s Roman Catholic Church, 1184 Newfield Avenue, Stamford, CT 06905 on Friday, January 6, 2023 at 10:30.  Burial to follow at St. John’s Cemetery at Darien, CT.

Share Your Memory of
William
Upload Your Memory View All Memories
Be the first to upload a memory!
Share A Memory
Send Flowers
Plant a Tree