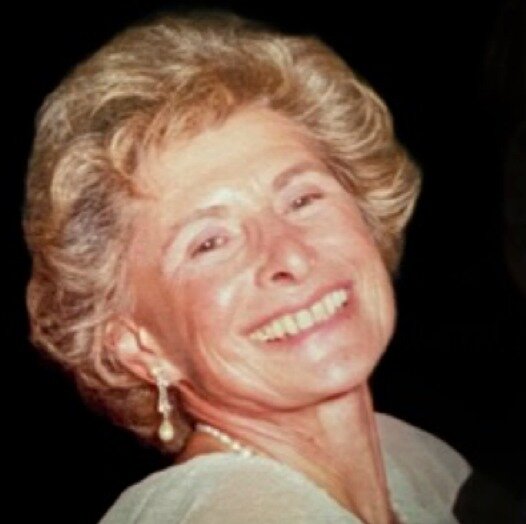 “Fun-loving” Ruthie graduated from Stamford High School, University of New Hampshire, and the Guggenheim School of Dental Hygiene, later becoming a practicing dental hygienist.  While her sons were growing up, she was a cub-scout leader and president of the local PTA.  Throughout her life, Ruth was a fierce competitor.  Both she and Sam were golf champions at Rockrimmon Country Club in Stamford, where they were founding members.  During the cold Connecticut winters, she was also part of a championship bowling team.  Later, at the age of 50, she took up tennis and excelled at that as well.  In addition, Ruth was a great dancer and loved giving informal parties where she was known for making the best chopped liver.

Forty-five years ago, she and Sam began spending the winter months in Palm Beach, where they were founding members of the Banyon Country Club. They ultimately bought a home at Hunters Run, where they enjoyed the Florida golf, and Ruth continued to play tennis.  Knee problems forced Ruth to stop playing tennis at 85 after many years on the Rockrimmon and Hunters Run club teams.  She stopped playing golf at the age of 95, although she continued to practice on the driving range and putting green for as long as possible.  However, with the encouragement of her grandson Matthew, she began a fitness program with a trainer at the Hunters Run gym, which continued beyond her 102nd birthday.  In her final years she proudly served as an inspiration to all the senior members of the Hunters Run fitness community.

The gravesite service will be held at Temple Beth El Cemetery on Roxbury Road in Stamford on Sunday, November 6 at 11:30 am.  Arrangements are under the Direction of the Thomas M. Gallagher Funeral Home. Donations can be made in Ruth’s name to United Jewish Appeal.  To send online condolences, please visit Gallagherfuneralhome.com.

A Memorial Tree was planted for Ruth
We are deeply sorry for your loss ~ the staff at Thomas M. Gallagher Funeral Home
Join in honoring their life - plant a memorial tree

Share Your Memory of
Ruth
Upload Your Memory View All Memories
Be the first to upload a memory!
Share A Memory
Plant a Tree