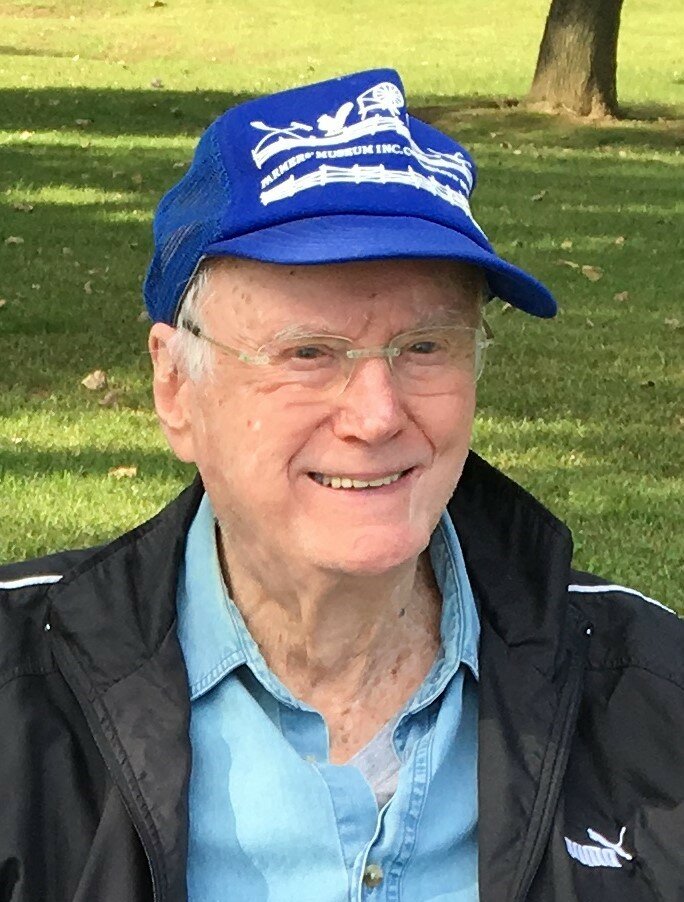 Russ Newberry passed away in comfort and peace on October 9, 2022 and was just two months shy of 103 years old. Born on December 18,1919 to Sara (Simpson) and Chauncey Martin Newberry in Far Rockaway NY. He is predeceased by his parents, brother William, sister Margaret and his wife Ellen. Russ is survived by his son James and partner Maureen, his daughter Susan Ostheimer and husband Kurt, his son Jeffrey and wife Andrea. His grandchildren are Lucas and Timothy Ostheimer, and Sara Newberry.

Russ grew up in Inwood Long Island and later moved to New York City where he worked for Union Carbide in the sales department. He met his wife, Ellen Irvin at Riverside Church where they were both members of “The Guild” youth group. They were married in 1949 at the church and moved to New Rochelle NY where Russ continued to live for 73 years.

Russ and his family were longtime members of Echo Bay Yacht club where he became an avid sailor and served as rear commodore. He loved to escape out on Long Island Sound on his Sunfish sailboat after a long week working in the city. He later owned and raced a 110 class sailboat, with son Jim as crew, as well as racing Scorpion sailboats, all giving him great pleasure. Besides sailing, he enjoyed rowing his Old Town wooden rowboat, sometimes hopping off for a refreshing swim. Until his last days he loved to go down to the water and enjoy the view across the Sound.

Russ was a former member of both the Masons and the Elks Club in New Rochelle. He and Ellen were members of Wainwright House in Rye where they attended many interesting classes and lectures. Russ was mentally sharp and lived in his own home with no outside aid until the age of 102 and spent the last 9 months living at Sunrise Senior Living in Stamford CT, close to his daughter.  He was a nature lover, and appreciated every day of his long life.

A Memorial Tree was planted for C.
We are deeply sorry for your loss ~ the staff at Thomas M. Gallagher Funeral Home
Join in honoring their life - plant a memorial tree

Share Your Memory of
C.
Upload Your Memory View All Memories
Be the first to upload a memory!
Share A Memory
Plant a Tree