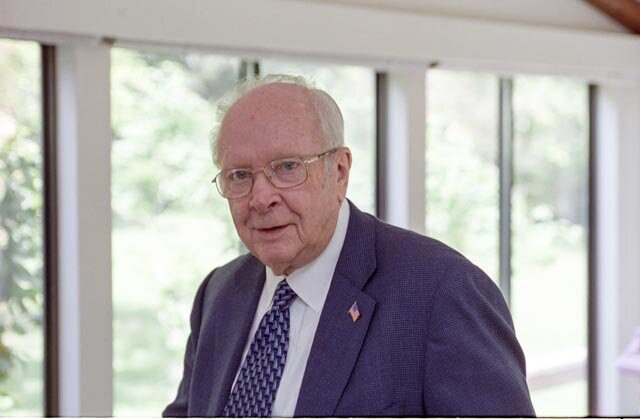 Please share a memory of Thomas to include in a keepsake book for family and friends.
View Tribute Book

He studied at the North American College in Rome and received a degree from Pontifical Gregorian University.  He later received a J.D. degree from Georgetown University School of Law where he was on the staff of the Law Review.

Tom was a partner at Hirschberg, Pettengill and Strong which merged with Whitman and Ransom later becoming Whitman Breed Abbott and Morgan.  He retired in 2000 as a partner from  Robinson and Cole.  He was honored as a Fellow of the American College of Trust and Estate Counsel.

Tom was also active with several non-profit organizations. He was a member of the Board of Trustees for King School; a Director of St. Joseph’s Hospital in Stamford, CT; a member of the Shippan Point Association, and a community volunteer at Our Lady Star of the Sea and St. John the Evangelist parishes in Stamford.

Tom could be absent minded.  He once said to his son, Peter, that “I can’t find my goddammed glasses.”  Without missing a beat, Peter replied “Try your goddammed left hand, Dad.”  He loved shopping at Costco and Home Depot.  He decided that he needed a power saw for a project around the house so he went out and bought one.  When he took it to the basement to put it away, he found that he already had the identical saw, still unopened.  As computers advanced, Tom sometimes had trouble with the newer technology.  One time he couldn’t get his computer to work, so his son, Joe, took a train up from New York City to fix it.  When he got there, Joe ejected the disk Tom had left in the computer’s drive and restarted it.  Problem solved.

The Visitation will be held on Thursday, July 28, 2022 from 4-7 PM at The Thomas M. Gallagher Funeral Home 104 Myrtle Ave Stamford, CT (203)-359-9999. A Mass of Christian Burial will be held at 10 AM on Friday, July 29, 2022 at Basilica of St John the Evangelist 279 Atlantic St Stamford, CT.  The Interment will follow at St Mary’s  Cemetery, Greenwich, CT. To send on-line condolences to the family please visit www.gallagherfuneralhome.com

Look inside to read what others have shared
Family and friends are coming together online to create a special keepsake. Every memory left on the online obituary will be automatically included in this book.
View Tribute Book

Share Your Memory of
Thomas
Upload Your Memory View All Memories
Be the first to upload a memory!
Share A Memory
Send Flowers
Plant a Tree