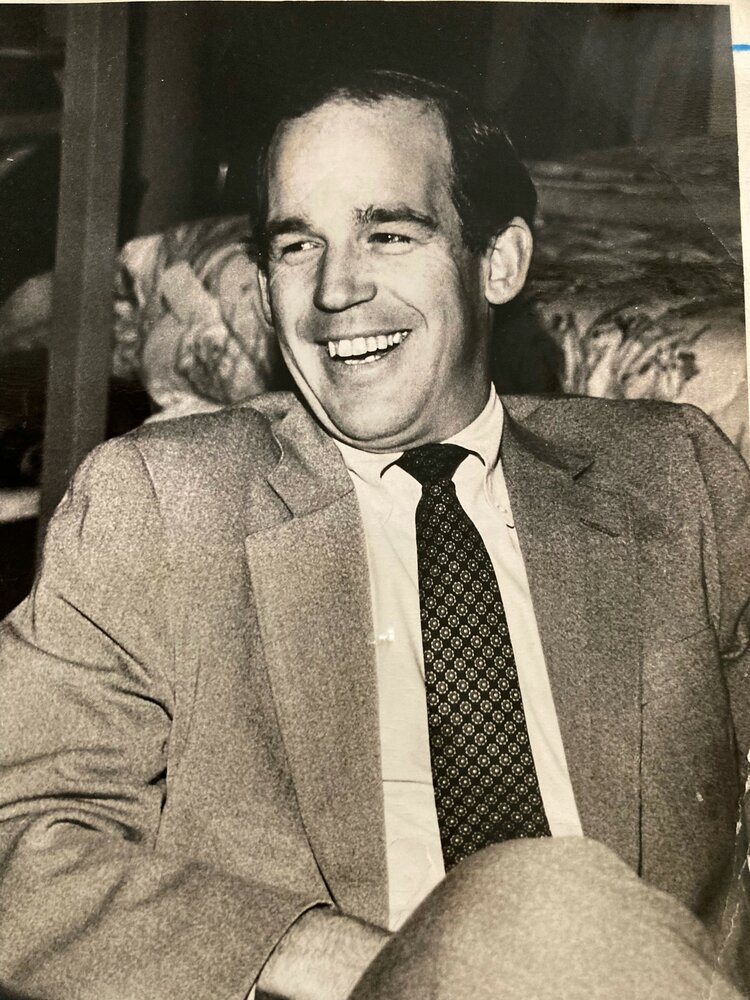 Samuel Hunter Richey II, of Riverside, CT, passed away in the arms of his family on June 4, 2022, after a short but fierce battle with cancer. He was 78 years young.

Spike, as he was known, was born on January 18, 1944, to John M. Richey and Catherine Buff Scott in Biloxi, MS. He graduated from Westminster School in Simsbury, CT in 1963, attended Boston University, and enlisted in the US Navy serving two tours in Vietnam. He was finishing his term of service in Coronado, CA when he met the great love of his life, June (Jaye) Alling in the summer of 1969. They were wed in Bronxville, NY in September 1970 and went on to have two children, Catherine (Katie) and Elizabeth (Beth) and several Boxer dogs. His career in textiles moved them from New York to Atlanta, Miami, St. Louis, and back to New York. Spike was a force of nature, and his family meant more to him than anything else in the world. Those who knew Spike knew him to be the most kind, loving, and supportive husband, father and friend. He was a man of many hobbies; passionate about music, boating, golf, skiing, and gathering with friends. He enjoyed singing with the Off Sounders, St. Paul’s Choir, and the Greenwich Choral Society, where he served as President. Spike graduated from sail to power at Riverside Yacht Club, feeling it was no longer the journey but the destination that counted. He served there in many capacities including Commodore and was awarded the Trenary Trophy in 2012 “...for meritorious service to RYC”.

Spike was predeceased by his father, mother, brother (John M. Richey Jr), and sister (Susan Rowland). He is survived by his stepmother, Barbara Richey, devoted wife and daughters, their husbands, Greg Williams and David Cristini, his beloved grandchildren, Anna Williams, and Grace, Jamie, Will and Lily Cristini, his sister-in-law Cathy Richey, and his nephews Hunter (Tobi) and Chase (Kristin) Richey.

A celebration of his life will be held on Friday, June 17 at 1pm at St. Paul’s Episcopal Church in Riverside, CT. In lieu of flowers, donations may be made to the Greenwich Choral Society or St. Paul’s Church Riverside

A Memorial Tree was planted for Samuel
We are deeply sorry for your loss ~ the staff at Thomas M. Gallagher Funeral Home
Join in honoring their life - plant a memorial tree

Share Your Memory of
Samuel
Upload Your Memory View All Memories
Be the first to upload a memory!
Share A Memory
Plant a Tree