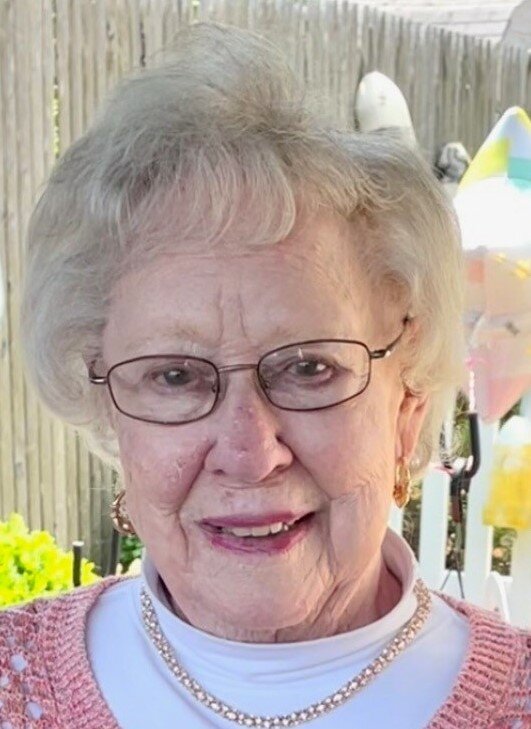 Maureen “Moe” Quick, passed away peacefully on May 8th, just a few weeks shy of her 90th birthday. A Stamford native, Maureen graduated from Saint John’s School, Sacred Heart Academy in 1950 and finally from Saint Vincent’s School Of Nursing in 1953. Maureen was a wonderfully caring and devoted nurse during her career at both Stamford Hospital and Saint Joseph’s Hospital as a pediatric nurse, thereafter as a school nurse at Holmes School in Darien, as well as private duty nursing. During her early years as a nurse, Maureen met her beloved husband, Richard F. Quick, who was a podiatrist. When they became engaged in 1962 a headline appeared in The Stamford Advocate, “Head nurse to marry foot doctor!” Maureen was always very active and involved. She was a past president of the Saint Joseph’s Hospital Auxiliary, president of the PTA at K.T. Murphy School and an active member of the Catholic Nurses Association. As a devout catholic, what she truly enjoyed the most was teaching children CCD at both Saint Mary’s Church in Stamford and then Saint John’s Church in Darien, which she did for over 45 years, receiving the 2007 Saint Augustine Medal Of Merritt.

Maureen had beyond an outgoing personality, how she loved to talk, meet new friends, whom she would immediately refer to as “my newest best friend” and to laugh. Not only did she love to talk, but she had the amazing ability to talk backwards with great fluency! Her distinctive laugh was instantly recognizable and never forgotten once heard. And of course there was her love of hats, which she loved to wear, especially to church. Later in life, Maureen enjoyed her wonderful view of Holly Pond from her kitchen window and visits from her many friends and family, whom she always greeted with her warm and welcoming smile.

Maureen was predeceased by her father Edward A. Connell (former Superintendent Of Parks for The City Of Stamford), her mother Elizabeth M. Connell and her husband Dr. Richard F. Quick. She is survived by her son Kevin J. Quick Of Stamford, her brother Gerald Connell (Ann) of Alexandria, Virginia, her brother Brian Connell (Carolyn) of Sarasota, Florida and her nieces and nephews.

A Mass of Christian Burial will be celebrated on Friday May 13th at 11:00AM at Saint John’s R.C. Church in Darien. The family would like to thank Vivienne Dixon, Angela Martin and Maria Medina for their extraordinary and loving care and friendship to Maureen.  In lieu of flowers, a donation can be made to the Stamford  Animal Control Center.

Share Your Memory of
Maureen
Upload Your Memory View All Memories
Be the first to upload a memory!
Share A Memory
Send Flowers
Plant a Tree