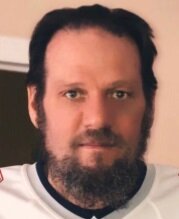 Obituary of Steven A. Holbrook

Steven A Holbrook of Stamford, Connecticut, passed away on April 15th after a long illness.

He is survived by his loving wife, Sandy (Herbert) Holbrook, his children, Hailey Holbrook, Sawyer Holbrook and Ryan Holbrook, his siblings and in-laws, Robin Vermette (Bill), John Holbrook (Nancy) of New Hampshire and Jayne Foss (Steve) of Texas; as well as many cousins, nieces, nephews and adopted sons.  He is predeceased by his sister, Katie Lucey (David), mother, Jean Schaller and father, Robert Holbrook.

Steve had unending love for his family and friends.  He loved unconditionally and made himself available to anyone in need.  He will be sorely missed by all the lives he touched.

There are so many things that can be said about this great man and his great life, but instead a message from Steve…

I have lived my life, have no regrets

And have no cause to grieve,

But the fellowship of my family and friends

Is the thing that’s hard to leave.

I leave them now with kindly thoughts

As I finish this last run,

But with all the griefs and hardships

In lieu of flowers, donations may be made in Steve’s memory to The Wounded Warrior Project or the Republican National Committee.