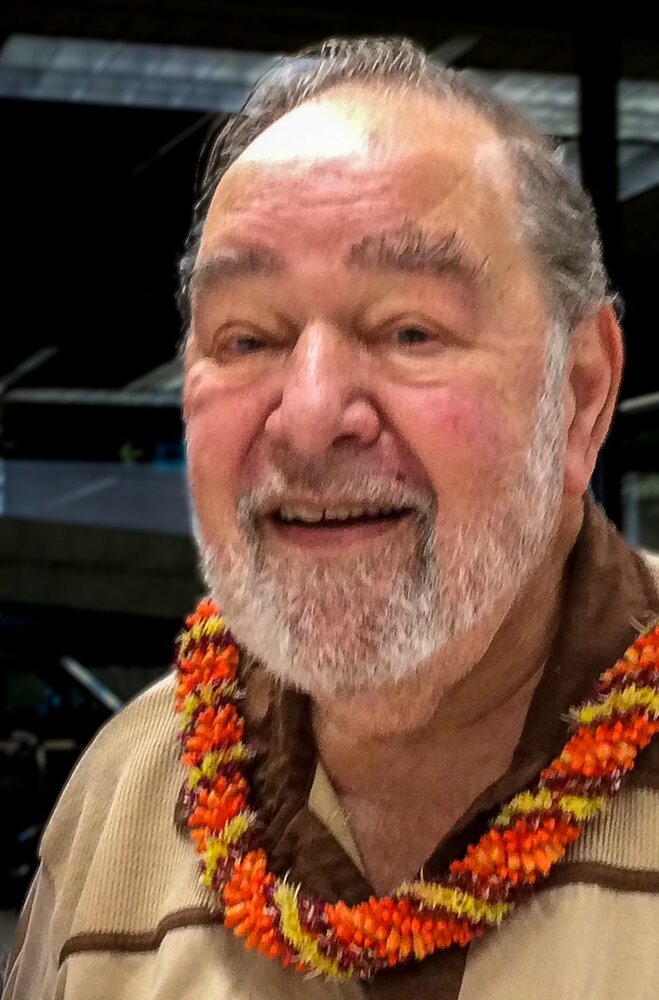 Passed away peacefully after an extended illness. He is survived by:

And many nieces and nephews and a large extended family

Born in NYC, he grew up in the Bronx and Mount Vernon, NY. In 1964 he moved with his young family to Stamford, CT where he lived most of the rest of his life. After his daughter Debra settled in Hawaii during the 1980’s, he visited often and made Hawaii a part time home for himself and Myra.

Graduated from City College, following graduation he became 2nd lieutenant in the US Army stationed at Fort Lewis in Washington State

After discharge from the Army he obtained a Masters degree in Physiotherapy from NYU, later obtaining a Masters in Public Health from the University of Michigan, Ann Arbor

He was creative and had many hobbies through the years, and shared them with family and friends whenever he had the opportunity. This included marquetry, leathercraft, model trains, macramé, and rug hooking inspired by Rosie Grier. His wood inlay landscapes were exhibited as part of a marquetry show at the Metropolitan Museum of Art.

Later, his focus turned to rock hunting, minerals, and lapidary.

Always very active in the Stamford CT Mineral Society, of which he was president, and the Eastern Federation of Mineralogical and Lapidary Societies for which he was a long time editor of their newsletter. He taught lapidary to many hobbyists and enthusiasts, and for many years gave lapidary workshops at Wildacres in North Carolina.

He identified with the Jewish Reconstructionist Movement upon moving with his family briefly to Southern California in the 1970’s. Family was very important to him and each year he wrote and edited an updated family hagaddah for Passover that incorporated contemporary issues of injustice. He supported many charities and social action causes, including PFLAG and the Southern Poverty Law Center.

Share Your Memory of
Reivan
Upload Your Memory View All Memories
Be the first to upload a memory!
Share A Memory
Send Flowers
Plant a Tree