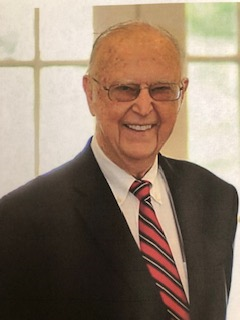 Joe attended Stamford public schools and graduated from Stamford High School, the University of Connecticut and UConn’s Law School in 1955. At law school, he was a member of the Board of Student Editors. After being discharged from the Army, Joe commenced work at the law firm of Moore & Epifanio. He became a prosecutor for the Stamford Municipal Court and an assistant prosecutor in the new Circuit Court. Shorty thereafter, he became a partner in the law firm of Moore, Epifanio & Tooher. Joe was a founding partner in the law firm of Tooher Wocl & Leydon and was “of counsel” to the succeeding law firm of Wocl Leydon.

In addition to his legal career, Joe had served the community as Chairman of the Stamford Democratic Party and was appointed Chief Counsel to the Joint Senate House Judiciary Committee of the Connecticut State Legislature, where he had a significant part of the drafting of the Model Penal Code and the Connecticut Wire Tapping Law. After the Legislature, he was a founder and first president of the Lower Fairfield County Chapter of the UConn Alumni Association. He later served on the Board of Directors of the UConn Alumni Association. He was also a member of the Regional and State Bar Association and the Stamford Old Timers’ Association where he served as president and Chairman of the Scholarship Committee. Joe was also a member of the State Street Debating Society, who honored him by naming him their “Man of the Year”. In 2014, Joe was the Grand Marshal of the Stamford St. Patrick’s Day Parade.

At Joe’s request, a private funeral service for family was held on Tuesday, April 5, 2022, at St. Maurice Church in Stamford, CT, and he was laid to rest at Lakeview Cemetery in New Canaan, CT. Memorial contributions in Joe’s name may be made to Silversource, Inc., 2009 Summer Street, 3rd Floor, Stamford, CT 06905; and the State Street Debating Society, c/o John Galatro, 185 Davenport Ridge Rd, Stamford, CT 06903.