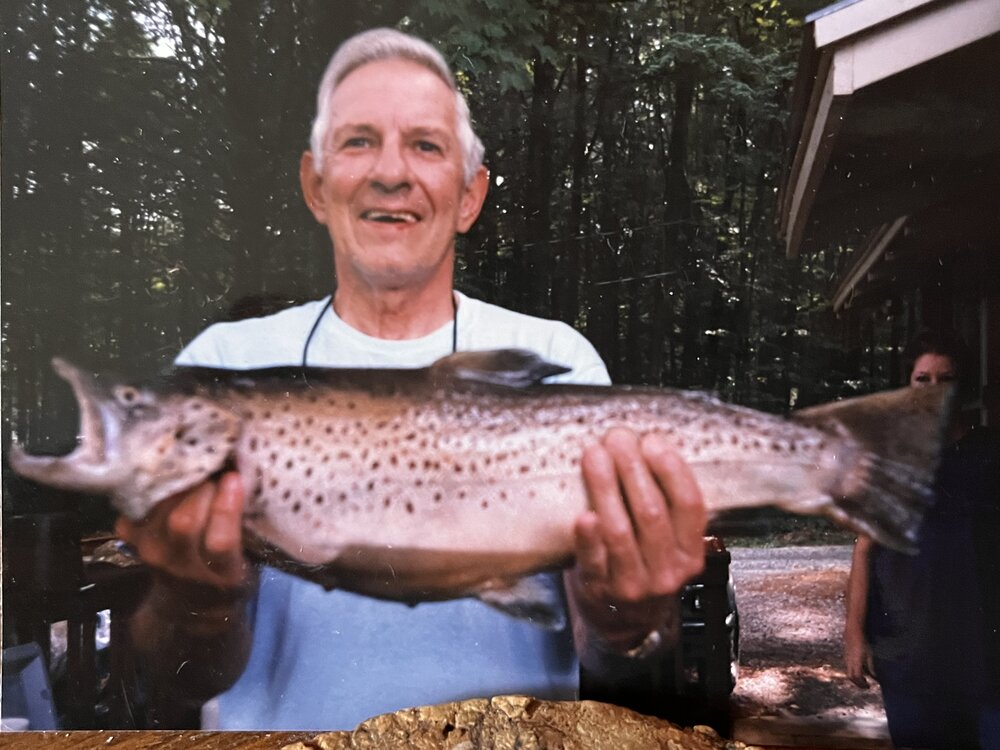 Obituary of Eugene A. Harris

“Fuzzy” Harris, age 87, beloved husband of 65 years to Patricia Judge, entered into eternal life on Tuesday March 29 following a long illness. Born and raised in he was the son of the late Fred and Clara (Lammermann) Harris

A product of Stamford Public Schools, Fuzzy served as a 3rd class petty officer in the U.S. Navy aboard the USS Edward H. Allen DE531 prior to becoming a member of the Stamford Police Dept. where he was named Policeman of the Year by the Exchange Club in 1966.   He retired after 32 years of service.

Fuzzy, an avid fisherman always in search of the “big One” at his favorite place, the cottage, on Lake Bomoseen, VT. He was known as Uncle Fishy to his many nephews and nieces. He enjoyed sharing his love of the lake with family and friends. He loved to have the children there and teach them his love of fishing and watch them enjoy many activities and fun in the area. Fuzzy was a talented craftsman. Anything from home remodels to custom furniture to carving fish, his talent was limitless.

In addition to his parents Fuzzy was predeceased by his in-laws Dorothy and Alfred Judge, his brother Fredrick Harris, sisters Vivian LoBuglio, Dolores Harvey, Shirley Laxton along with brothers in law James V. Judge and Alfred L. Judge Jr.

In addition to his wife, he is survived by his son Michael Harris and wife Tina of Prospect, daughter Kimberly Maloney and husband John of Stamford, grandchildren Jennifer and Fiancé Jason, Staci Harris, Patrick. Samantha and John Jr. Maloney as well as brothers Richard and wife Betty and Roger of Tennessee, Sister Sandy Galliford of Bethel, brothers in-law Edward Judge and wife Mary of Stamford,  Charles and wife Tina of Trumbull, sisters in-law Mary M. Judge and Diane M. Judge of . He also he leaves behind his many nieces, nephews, friends, neighbors and fishing buddies.

The family will receive friends from 3 to 6 pm Saturday, April 2 at the Thomas M. Gallagher Funeral Home 104 Myrtle Ave Stamford Ct (203)-359-9999.  A reception and celebration of life will take place this summer at at a date to be determined.

Share Your Memory of
Eugene
Upload Your Memory View All Memories
Be the first to upload a memory!
Share A Memory
Send Flowers
Plant a Tree