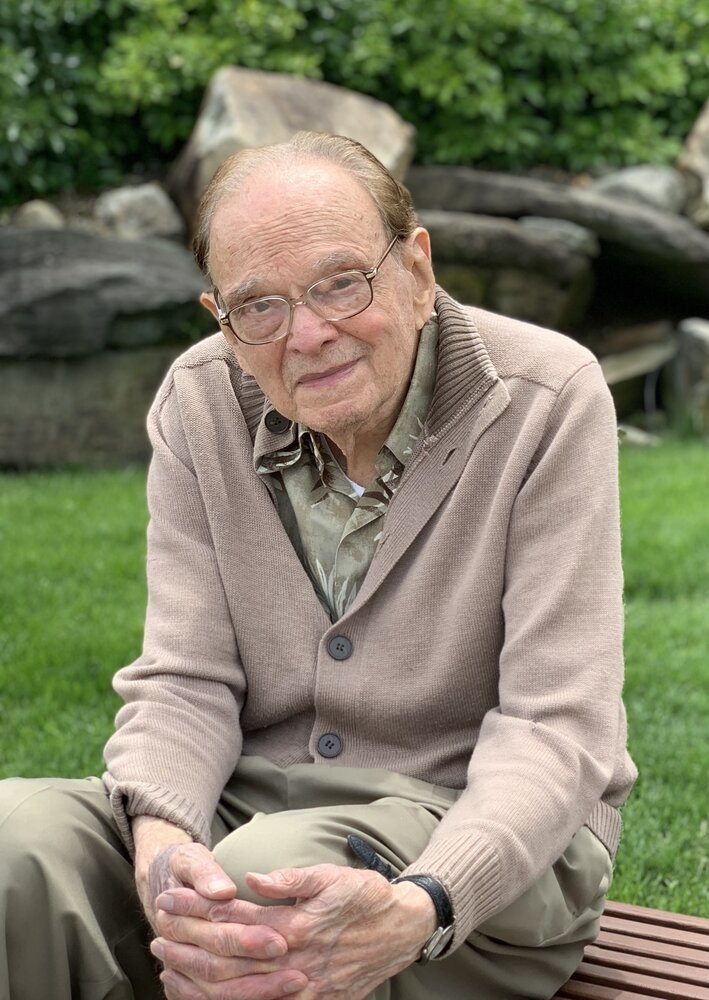 A first generation American, like his beloved brothers Irving and Seymour, Ray was among the first in his family to attend college. He climbed from his modest Brooklyn beginnings to earn a BS from Brooklyn College, and Master and PhD degrees in Chemistry from Polytechnic Institute of Brooklyn. Ray made his career as a research chemist working for American Cyanamid Co. and Clairol, Inc. in Stamford, Connecticut. He held 12 patents and was credited for helping to invent some of Clairol's most popular hair dyes. After retiring from Clairol, Ray enjoyed golf and was an avid reader with great interest in history and biography. He recently gained local popularity giving talks on topics about famous Jewish men with connections to chemistry, the military, or Israel. Ray served in the Korean War, and was a member of the American Chemical Society, Stamford Jewish War Veterans, Senior Men's Association of Stamford. Along with his wife Doris, he served as co-president of Connecticut Marriage Encounter.

Above all, Ray was most proud of his family. As the family patriarch he was known for his intense, personal interest in each and every family member. He shared his love of sports, history, and politics, and passed on the importance of education. He instilled in us his generosity to those less fortunate. We will especially remember his many spellbinding and humorous talks, jokes, and stories at every family gathering.

Besides his parents, Ray was predeceased by his brothers, Irving and Seymour Feinland, and sister-in-law Ernestine Feinland.
In Lieu of Flowers, the family requests donations made to St. Jude Children's Research Hospital.
Funeral services for immediate family members will be held at 10 am at Thomas M. Gallagher Funeral Home 104 Myrtle Ave Stamford, CT (203)-359-9999 on Sunday, February 6th, 2021, and will be available on Zoom starting at 10am, followed by a private burial. The arrangements are under the direction of Thomas M. Gallagher Funeral Home. for more information, please visit www.gallagherfuneralhome.com

Share Your Memory of
Raymond
Upload Your Memory View All Memories
Be the first to upload a memory!
Share A Memory
Send Flowers
Plant a Tree