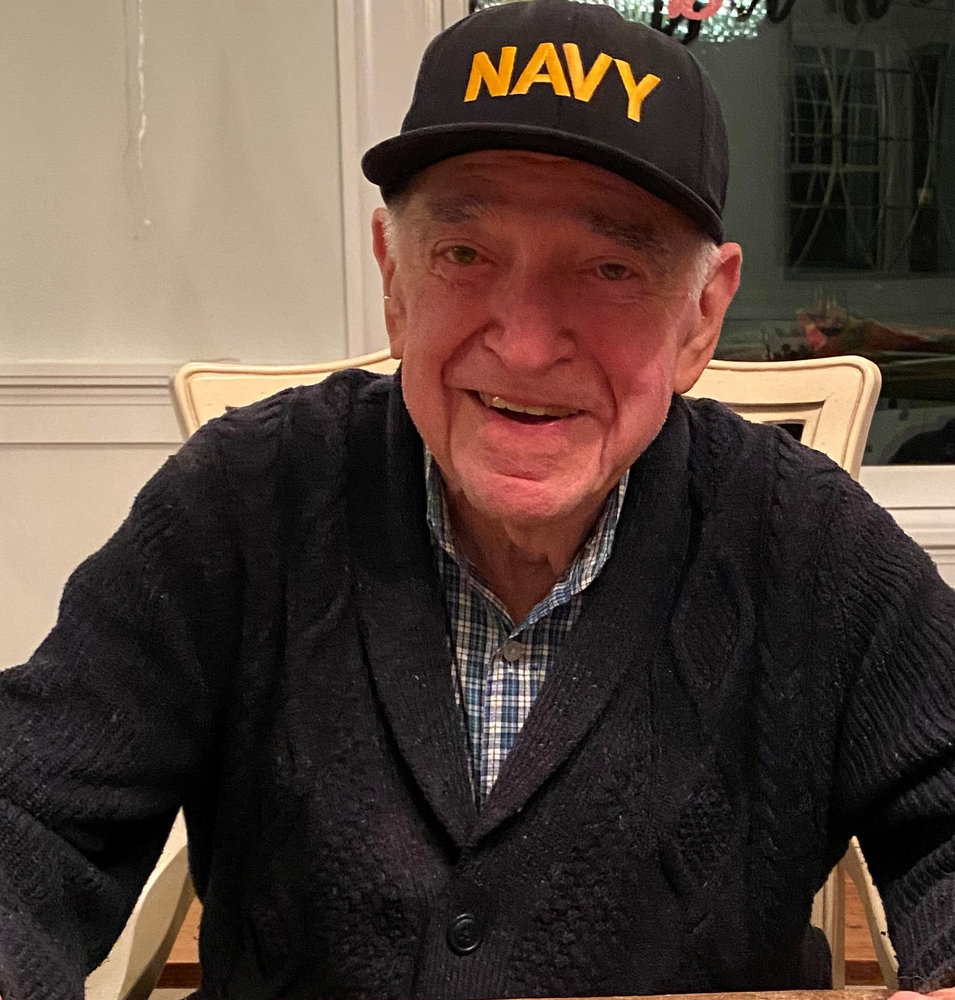 The family of Samuel Kravitz mourns and celebrates the life of a beloved father, father in law, grandfather, great-grandfather, uncle, cousin and a devoted and loyal friend to all who knew him. This Country's Greatest Generation has lost another true soldier.
"Poppy" as he was known to immediate family and close friends, passed away peacefully with his sons by his side on January 5, 2021, in his home town of Stamford Connecticut where he resided for most of the past sixty four years. Survivors include his two sons: Hal Kravitz (Betsy) and Robert Kravitz. He was predeceased by his wife of 47 years, Frieda Kravitz.
Mr. Kravitz was born October 4, 1925 in Philadelphia, PA to Jack and Lillian Kravitz. Prior to graduating from high school at the age of seventeen, he proudly enlisted in the US Navy to defend his Country in WW2. After basic training and assignments in Sampson, NY, Willow Grove, PA, Atlantic City, NJ, and Norfolk, VA where he became a carpenter, he shipped off to Sasabo, Japan on the USS Yosemite. While enroute in 1944, the war ended and for the next nine months he did occupation carpentry work to help rebuild communities in Japan. He was honorably discharged in 1946.
Upon his return, he briefly worked with his father as a carpenter framing row houses in South Philadelphia. Shortly thereafter, his uncle Max invited him to move to Greenwich, CT to work with him and to learn the Antiques business and importantly, to also finish High School. He did both and became a very well-known and respected Antique Dealer in the southern Fairfield County area, a true expert in his field and very successful over the next 70 plus years where he never "officially" retired. Greenwich is also where he was introduced to his wife Frieda by his Aunt Ray. They were married in 1956 and settled in Stamford, CT where they raised their family and both became very involved in the local Jewish community. Mr. Kravitz was a member of and/or active supporter of many causes including the Jewish War Veterans, the Varsity Club, Jewish Family Services, Hadassah, Bnai Brith, and Temple Beth El.
Mr. Kravitz was a friend and a gentleman to everybody he met and came in contact with. He is loved by so many people. He never had a bad word to say about anybody, and was always smiling. Even keel his entire life, one of his favorite sayings always was, "keep calm!" He always saw the beauty in people and his surroundings. He loved to be surrounded by his family and his friends as well as his antiques.
Other survivors include Grandchildren Rachel Kravitz, Lauren Haire (John), Rebecca Kravitz (Richard Hickey), Stephanie Kravitz, Sam Kravitz, and great grandson William Banks Haire.
A private family graveside service will be held at Temple Beth El, 350 Roxbury Rd. in Stamford at 12 noon on Sunday. The family is planning to have a fitting celebration of "Poppy's" great and distinguished life later in the year.
Donations in lieu of flowers can be made in Samuel's honor to Schoke Jewish Family Services, Constellation Hospice, Temple Beth El, Hadassah, Bennett Cancer Center, or any charity of choice.

Arrangements are under the direction of Thomas M. Gallagher Funeral Home 104 Myrtle Ave Stamford, CT (203)-359-9999. To send expressions of love and sympathy to the family, please visit www.gallagherfuneralhome.com

A Memorial Tree was planted for Samuel
We are deeply sorry for your loss ~ the staff at Thomas M. Gallagher Funeral Home
Join in honoring their life - plant a memorial tree

Share Your Memory of
Samuel
Upload Your Memory View All Memories
Be the first to upload a memory!
Share A Memory
Plant a Tree