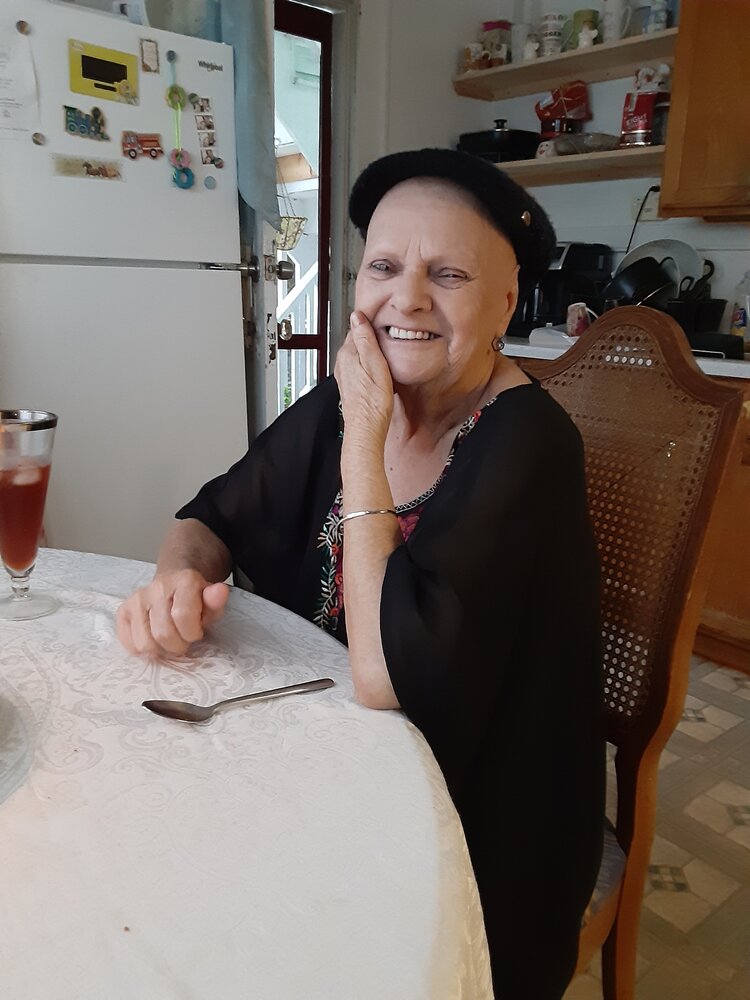 died Friday, December 17th 2021 at 3:24pm at Bridgeport Hospital of complications from a long running battle with cancer.

Zenaida was born in Viñales, Pinar del Rio, Cuba, on October 11, 1938, in a house built by her father.  She shared the space with her parents along with 10 siblings.  Although poor, she managed to acquire an education got her degree in Chemistry.

In 1963 she would marry Rigoberto Sanchez and have two children; Edward in 1964, and Julio in 1965.  She immigrated to the United States with her young family, as part of the “freedom flights” program in July 15, 1969, (5 days before the landing on the moon), and settled in the Bronx, NY.

Zenaida was a good homemaker raising her boys in her new found faith of Christianity.  Her American experience would bring her from the Bronx, to Union City, NJ; Edgewater, NJ and finally to Stamford, CT.

After the untimely death of her husband in 1985, Zenaida began a new life and studied to be a home care worker.  During this time she touched the lives of several elderly patients as a live-in nurse and caretaker.  She would generously and lovingly aid until their end.

Zenaida would also go on to receive her Lay speaker’s Certificate from the Methodist Church.  During these years she said forth as a missionary and helped construct and administer a church for small community in South America and would visit them on several occasions.  The Lord would work through her to perform several healing miracles as well. This charitable and Goldly work would continue for a few years.

In 2005, at the age of 66, she would purchase her first house in Stratford, CT.   She continued her Ministry not only as a guest speaker for several churches but also reaching out locally to her neighbors. She was never afraid to talk to anyone about Jesus.

In a short time she made friends with those who surrounded her by her compassion and unending giving. She was also an avid gardener who converted her property into the most spectacular garden in the whole neighborhood. She would also volunteer her gardening skills to beautify some of her neighbors yards.

Zenaida was regarded as a warm, loving and compassionated person; always reaching out to everyone in love.

She opened her home to family and strangers alike, and supported them in their darkest hour of need. She was a very special lady who loved the Lord with all her heart, mind and soul,  and touch the lives of all she would meet.

She gave the little she had always in the hope in helping those who were in need.

Never for asking anything in return only that they would come to know Jesus. A true daughter of the most high King.

She is survived by her two sons and grandchildren.

A graveside Service will be held on Thursday, December 23, 2021 at 1 pm at Roxbury Cemetery Roxbury Terrace Stamford, CT. The Funeral arrangments are under the direction of Thomas M Gallagher Funeral Home 104 Myrtle Ave Stamford, CT 06902.  To send condolences to the family, please visit www.gallagherfuneralhome.com

Share Your Memory of
Zenaida
Upload Your Memory View All Memories
Be the first to upload a memory!
Share A Memory
Send Flowers
Plant a Tree