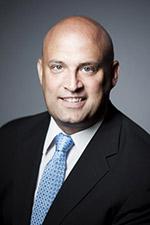 In the 1950, Leo’s son, Leo Jr., would enter the business and become Connecticut’s most progressive funeral director of his time.  Between constructing a custom designed funeral home to building the State’s first funeral home owned crematory, Leo Jr. spared no expense to provide the families he served with the highest quality funeral service.

His concern for the community was not only shown in his personal contact with the community, but through the modest pricing structure he established to alleviate the financial burden some families faced during a loss. Additionally, the community witnessed the sincere, gentle and caring demeanor of the Gallaghers which was remembered by generations to come. Those qualities and reputation became the foundation that made the Gallagher name synonymous with compassionate funeral service.

After graduating form Salve Regina University with a degree in business in 1995, Tom Gallagher enrolled in the McAllister Institute of Funeral Service in New York, NY to pursue his funeral director's education. After graduating, Tom was employed by Service Corporation International as a funeral director from 2001 to 2013 which he found to be a rewarding experience. In 2009, Tom was married to Adela Rubasova and together they had two children. In 2013, Tom decided to resign his position in order to follow his dream to open his own funeral home.